Race, Class, and Second Chances: The Impact of Multiple Identities on Reentry and Reintegration 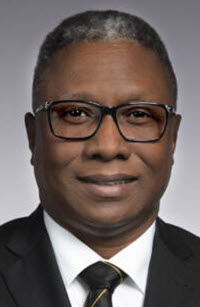 Race, class, and other identities directly impact the process of reentry and the successful reintegration back into society for individuals who have had prior involvement in the criminal justice system. Collectively, persons convicted of a crime face numerous legal barriers that interfere with or prevent successful reentry and reintegration back into society, such as being prevented from securing housing and obtaining employment among other collateral consequences. For many, the process of reentry and reintegration is made even more difficult because of prior discriminatory policies and practices that were based solely on demographic factors, some of which are innate or immutable traits and others which are due solely because of circumstance.

The deprivation or denial of the rights and privileges associated with citizenship is based solely upon the status of being a convicted person. Within the sub-group of persons with prior criminal justice involvement, however, race and socioeconomic status (or class) make the process of reentry and reintegration even more difficult. Individuals with prior criminal justice involvement that are either black, poor, or a combination thereof have to overcome challenges and obstacles that were systemically created and systematically enforced long before they entered the criminal justice system. The processes of reentry and reintegration are made even more difficult because of the historical and contemporary discrimination and marginalization of these multiple identities within the criminal justice system and in society writ large. Preexisting societal conditions that operated before persons entered the criminal justice system--that is, race-based and class-based policies that are beyond their control at a macro-level, which discriminate against people of color and poor people--are institutionalized and thus negatively impact the ability of these persons to reenter and reintegrate society successfully.

To understand the obstacles that persons with prior criminal justice system involvement encounter when seeking to reenter and reintegrate back into society, it is necessary to deconstruct the policies and practices along with their impact on individuals with multiple marginalized identities and their respective communities. The process of reentry and reintegration begins long before a convicted person is at the institutional exit door about to reenter society. While some would posit that the process of reentry and the prospect for successful reintegration begins on the day of incarceration, I would posit that it begins long before conviction and even prior to arrest. The challenges that individuals with prior criminal justice involvement face with successfully trying to reenter and reintegrate back into society often begins with securing basic needs, such as housing, which constitutes more than simply being a place of shelter but has individual and community importance. Historically, racialized housing policies have prevented or limited individual homeownership for African-Americans thereby resulting in fewer families owning their own homes. Families with formerly incarcerated family members reentering society therefore do not have homes available for these to return to upon release. They are subjected to the policies and practices of a government controlled or private housing market that has erected barriers to housing access. Discriminatory housing policies, such as redlining, impacted not only where African-Americans could physcailly live but also the quality of the public education system that served these communities. These discriminatory housing policies contributed to the devaluation of properties in the communities thereby resulting in a depressed property tax base which in turn resulted in the underfunding of locally accessible public schools. Along with redlining and the devaluation of property through a system of taxation, other forms of economic inequity were also imbedded in the federal and state tax code which prevented the ability to successfully create and transmit generational wealth. The obstacles that prevented the accumulation of wealth prevent families from providing financial support thus forcing those who have criminal justice involvement to rely upon a social welfare system whose rules either deny outright or make it extremely difficult for those returning to secure financial assistance.

And so, to understand the impediments to the process of reentry and the challenges to successful reintegration, it is necessary to evaluate the systemic conditions that existed historically and their contemporary effect on an individual's release from supervision, conditional or otherwise. This Article examines how the intersectionality of multiple identities that have been marginalized in society, such as race, gender, socioeconomic status and others, with prior systemic discriminatory policies and practices, such as home ownership, disproportionately and negatively impacts the successful reentry and reintegration of individuals from these marginalized groups.

S. David Mitchell, J.D., Ph.D., is the Ruth L. Hulston Professor of Law and Director of the Michael A. Middleton Center for Race, Citizenship, and Justice at the University of Missouri School of Law.