Excluded and Evicted: The Impact of Mass Incarceration on Access to Housing for Black and Latinx Tenants 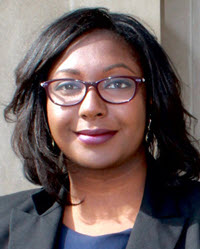 In recent years, enormous swells of activism and scholarship have contributed to a national conversation regarding the impact of policing, police brutality, and mass incarceration on Black bodies in the United States. Specifically, evidence that policing and prison policy have been intentionally designed to control and subjugate Black bodies has redirected much of the conversation towards the injustice of these policies, and the impact of removing Black bodies from societal participation via imprisonment or murder at the hands of police. Fifty years out from the implementation of a set of policies known as “The War on Drugs” that ravaged Black communities, these communities are still reeling from the effects. Not only do people with drug convictions make up the majority of those in prison, but the majority of those people are people of color. Compounded by excessive sentencing practices such as “mandatory minimums, combined with cutbacks in parole release,” the United States prison population exploded between 1980 and 2010.

In addition to disproportionately incarcerating Black and Latinx people, this country has a documented fear of Blackness as inherently violent and destructive. When encountering unfamiliar Black male faces in particular, white people often have visceral and physical reactions of fear. By incarcerating significant numbers of Black and Latinx people, this country has found a way to permanently brand certain communities as dangerous. This branding continues once people are released from incarceration and seek to rebuild their lives by seeking housing and employment. Landlords use excessive and restrictive criminal-background screening practices to exclude tenants with even misdemeanor arrests or dropped charges on their records. Nuisance and crime-free ordinances take advantage of disparities in over-policing and fear of Blackness to penalize tenants with eviction if they reach a threshold of calls for law enforcement or are accused of criminal activity. Both types of policies create real and measurable barriers to housing for Black and Latinx people. Those concerned with this discriminatory racial impact--lawyers, housing service providers, community organizers--have taken many approaches to challenge these policies. Alone, neither local and state advocacy nor litigation can sweepingly eradicate these barriers. It will take a comprehensive strategy, with various stakeholders working together, to ensure that the brand of mass incarceration does not continue to burden those with criminal histories as they seek housing.

Our criminal justice system is designed not only to target communities of color, but also to be purely punitive, both while individuals are incarcerated and once they have been released. Rather than maximize use of rehabilitative and diversion programs, our system incarcerates hundreds of thousands of overwhelmingly Black and Latinx people for minor crimes, addictions, or even for just being too poor to afford bail. Once released, our society then brands those who have criminal backgrounds in manners that prevent them from accessing even basic necessities post-release, such as housing and employment. Landlords use restrictive screening to outright exclude applicants from housing opportunities. Over-policing of Black and brown communities works in tandem with nuisance and crime-free ordinances to attach eviction consequences to interactions with law enforcement. The extensive use of both types of policies across the country has real and drastic impacts on the ability of those with criminal backgrounds and other Black and brown tenants to find safe and affordable housing. Lawyers, organizers, and housing service providers must work together on comprehensive strategies to highlight the discriminatory racial impact of these post-incarceration barriers. These efforts will require a combination of targeted litigation and state and local advocacy to ensure that housing, a fundamental necessity, is available to all, regardless of past, present, or future interactions with the criminal justice system.