Schuette and Affirmative Action: Why There Are Limits to What a Majority of the People May do

Excerpted From: Rossanna C. Hernandez Mitchell, Schuette and Affirmative Action: Why There Are Limits to What a Majority of the People May Do, 16 Intercultural Human Rights Law Review 27 (2021) (115 Footnotes) (Full Document) 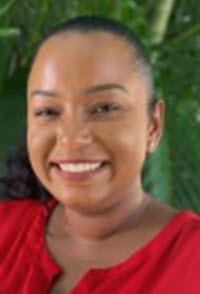 An action or set of actions intended to eliminate existing and continuing discrimination, to redress lingering effects of past discrimination, and to create systems and procedures to prevent future discrimination, all by taking into account individual membership in a minority group so as to achieve minority representation in a larger group. In 1978, the U.S. Supreme Court's plurality decision in Regents of University of California v. Bakke established that although student body diversity is a compelling state interest that can justify the use of race in university admissions, a quota system cannot be used to achieve this goal. The Court, however, allowed for race to be used as a “plus” that is weighted equally with all other factors in the admissions process.

However, there is a hitch in the later decision of Schuette v. Coalition to Defend Affirmative Action, where the Court established that the Constitution gives voters the power to use the political process to decide whether to ban the use of affirmative action or not. What is wrong with that? Everything. This article will be divided as follows: Part I will examine American legislative history and its failure to end discrimination in fact. Part II will analyze the claims of the States and the people regarding affirmative action. Part III will explore past trends in judicial decisions and their conditioning factors, including political party platforms and United States Supreme Court appointments. Part IV will evaluate changes in those conditioning factors that may alter future decisions, including the best- and worst-case scenarios. Lastly, Part V will provide recommendations on the best approach to remediate past discriminations.

We must remember history in order to understand the present. It was only sixty-six years ago that the U.S. Supreme Court struck down “separate but equal,” and required desegregation with “all deliberate speed.” However, it can be said that it will take more than one lifetime to erase the damage that racism has created.

The continued trend of attempting to create a “color-blind” society not only ignores the same history it seeks to remediate, but makes a mockery out of the lasting effects of that history. Why do we need affirmative action? The answer is simple:

[F]reedom is not enough. You do not wipe away the scars of centuries by saying: Now you are free to go where you want, and do as you desire, and choose the leaders you please. You do not take a person who, for years, has been hobbled by chains and liberate [her], bring [her] up to the starting line of a race and then say, “you are free to compete with all the others,” and still justly believe that you have been completely fair. Thus, it is not enough just to open the gates of opportunity. All our citizens must have the ability to walk through those gates ... We seek not just freedom but opportunity. We seek not just legal equity but human ability, not just equality as a right and a theory but equality as a fact and equality as a result.