The End of Affirmative Action 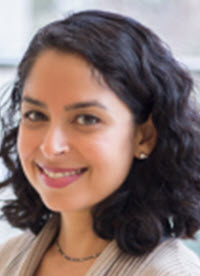 Affirmative action has failed. It not only ignores the lived realities of current students and applicants, but admits students to promote educational diversity without prioritizing equity and inclusion. Recent years have highlighted the persistence of racial differences, not only between people of color and whites, but among people of color themselves. The experience of Asian Americans draws from a troubled racist history of Chinese exclusion, as well as recent increases in hate crimes resulting from references to the COVID-19 pandemic as the “Chinese Virus” or “Kung Flu.” Meanwhile, Black Americans have risked exposure to this deadly disease, taking to the streets to demonstrate that Black Lives Matter. Thousands of Latinx children were separated from their parents at the border, with hundreds still awaiting reunification. At the same time, Native Americans struggled to resist the ravages of a global pandemic on tribal lands long neglected by the federal government. Yet when applying to law school in the United States, applicants from each of these backgrounds are lumped together under the “student of color” moniker with the presumption that they individually and collectively benefit from affirmative action and interchangeably add to educational diversity. These students are admitted to improve the experience of their white classmates, supplementing the standard law school curriculum with their own experiences. Yet institutions have given little thought to what it means to be a student of color today or how these students might contribute to diversity once they are enrolled.

While students of color are gaining access to higher education today in greater shares than in decades past, the individuals who are admitted are not necessarily the applicants most in need of support at the admissions stage or most underrepresented in colleges, universities, and professional schools. Furthermore, because the primary focus is on admitting people of color who can add unique perspectives to supplement the educational experience of their white classmates, a lack of support for students of color once they are enrolled translates into suboptimal retention rates and less than meaningful opportunities after graduation--undermining the potential full benefits of affirmative action.

The Supreme Court has signaled the end of affirmative action. In 2003, Justice O'Connor asserted that affirmative action should sunset within twenty-five years--leaving institutions committed to actively enrolling students of color with less than a decade to find a better solution. At worst, with a new composition of Justices on the Court and relevant cases winding their way through the lower courts, the end of affirmative action could come even sooner. Other articles have considered alternatives to educational diversity as a compelling state interest sufficient to satisfy this constitutional requirement. By revealing differences in the student experience, this Article first warns that we must modernize current policies that are relics of the past focused solely on educational diversity before the end of affirmative action, and also proposes incorporating equity and inclusion as the best way forward.

While affirmative action may have been considered a groundbreaking way to make real change when first instituted in the 1970s, there have been insufficient changes to admissions policies in the intervening half century. Current programs rely on outdated models that purport to champion diversity but do not account for the evolution of race or racism and often ignore the lived experiences of students from differing backgrounds. The conventional but antiquated plan--still in use today at many institutions of higher learning-- relies on “plus” factors in admission granted to individual students from backgrounds that have been traditionally underrepresented on campus who could contribute to the learning of their classmates. The “diversity rationale” has been effective in making some change, but does not adequately reflect current priorities or realities--both because it fails to take account of the complexities explored in this Article and because it is divorced from equity and inclusion.

Instead of relying solely on diversity, we need an equity-focused affirmative action model that targets the full inclusion of our most vulnerable students. Schools need policies that bolster students who are most in need of educational opportunity--those who have the most to gain from a “plus” on their application. Finally, these institutions must continue to support students throughout their educational careers rather than simply adding a “plus” at the admissions stage. Law schools must provide these students with equitable resources while promoting full inclusion throughout the time students remain enrolled.

This Article builds on a recent piece that discusses “Affirmative Action Assumptions” that courts of the past half century have relied on to support affirmative action, investigating data-driven complications that serve to critique current affirmative action policies. In addition, it proposes a modern and more effective affirmative action model drawing not just from educational diversity, but more broadly from equity and inclusion. Overall, it argues that as affirmative action policies in use today are outdated and imperfect, they must be modernized to take account of changing conceptions and contemporary racial realities--drawing from the lived experiences of students from different backgrounds and working towards the broader goals of diversity, equity, and inclusion.

Part I of this Article begins with a brief overview of the case law of affirmative action. It also covers admissions policies that have been celebrated in the past and continue to be used as models. Part II introduces the Law School Survey of Student Engagement (“LSSSE”), the largest dataset on law students with over 350,000 responses over the course of almost twenty years. Drawing from LSSSE data, this part explores the lived experiences of current law students by examining similarities and differences between groups to highlight the importance of diversity generally as well as the ways in which our current analyses oversimplify the term and its application in admissions decisions. Analyzing empirical data from law students by race, ethnicity, gender, immigrant background, and other relevant variables reveals that what is fundamental to affirmative action at a policy level with a strict reliance on “educational diversity” does not translate into maximizing the benefits of diversity in the classroom or for students generally. Part III suggests a modern and holistic policy that takes the lived realities of applicants into consideration--drawing from diversity, equity, and inclusion--and creates meaningful change in legal education, and ultimately, American society.

Current affirmative action policies consider only diversity--the racial/ethnic and gender background of particular applicants and how these characteristics might contribute to classroom conversations and campus life. However, educational diversity cannot be divorced from contemporary racial realities. Affirmative action policies should consider the experiences of multiracial students, examine differences from within the “student of color” umbrella (for example, between Black and Asian American students), recognize pan-ethnic variances (for example, Vietnamese vs. Chinese), and appreciate how an immigrant background shapes identity and experience. Being aware of these differences provides the greatest likelihood that those who are admitted will contribute to the “livelier, more spirited, and simply more enlightening and interesting” classroom conversations the Court expects will accrue from schools utilizing affirmative action in furtherance of educational diversity.

Furthermore, considering diversity in a vacuum prevents institutions of higher education from maximizing its benefits. The data presented in this Article make clear that while educational diversity may be the only currently acceptable rationale supporting affirmative action, schools that admit students of color simply because they expect they will contribute to a “robust exchange of ideas” are doing all students a disservice.

Instead, institutions of higher learning should continue to rely on educational diversity for affirmative action purposes to adhere to constitutional guidelines, and should also apply equity and inclusion principles once students are on campus in order to maximize opportunities for participation, growth, and success. Institutions promoting diversity, equity, and inclusion, and similar processes to admit and support students throughout their higher education careers are using programs that better fit the ideals of affirmative action as the Court has expressed them. By striving for equity and fully including students from different backgrounds in campus life, those very students are more likely to participate in classroom discussions, engage fully with classmates and others elsewhere on campus, and be more invested in their own academic and professional success.

The Honorable Vaino Spencer Professor of Law at Southwestern Law School, Affiliated Faculty at the American Bar Foundation, and Director of the Law School Survey of Student Engagement (“LSSSE”)