Much Respect: Toward a Hip-hop Theory of Punishment 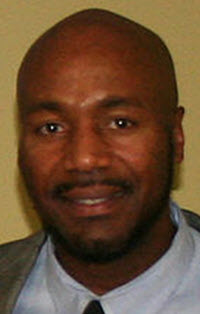 This Article imagines the institution of punishment in the hip-hop nation. My thesis is that hip-hop can be used to inform a theory of punishment that is coherent, that enhances public safety, and that treats lawbreakers with respect. Hip-hop can improve the ideology and administration of justice in the United States.

For some time the debate about why people should be punished has been old school: Each one of four theories of punishment--retribution, deterrence, incapacitation, and rehabilitation--has acceded to prominence, and then lost its luster. Hip-hop offers a fresh approach. It first seems to embrace retribution. The “unwritten law in rap,” according to Jay-Z, is that “if you shoot my dog, I'ma kill yo' cat . . . know dat/ For every action there's a reaction.”

Next, however, comes the remix. Hip-hop takes punishment personally. Many people in the hip-hop nation have been locked up or have loved ones who have been. Punishment is an exercise of the state's police power, but it also implicates intimate family relationships. “Shout outs” to inmates--expressions of love and respect to them--are commonplace in the music and visual art. You understand criminal justice differently when the people that you love experience being “locked down all day, underground, neva seein' the sun/ Vision stripped from you, neva seein' your son.”

The hip-hop theory of punishment acknowledges that when too many people are absent from their communities because they are being condemned by the government, prison may have unintended consequences. Retribution must be the object of punishment, but it should be limited by important social interests. In a remarkable moment in American history, popular music is weighing the costs and benefits of punishment. As we listen to the radio, watch music videos, dance at clubs, or wear the latest fashion, we receive a message from the “black CNN.” Hip-hop exposes the current punishment regime as profoundly unfair. It demonstrates this view by, if not glorifying law breakers, at least not viewing all criminals with the disgust which the law seeks to attach to them. Hip-hop points out the incoherence of the law's construct of crime, and it attacks the legitimacy of the system. Its message has the potential to transform justice in the United States.

Hip-hop already has had a significant social impact. It is the second best-selling genre of music in the United States. The culture transcends rap music: It includes television, movies, fashion, theater, dance, and visual art. Hip-hop is also big business: Estimates of its contribution to the U.S. economy range to the billions. Increasingly, hip-hop is also a political movement.

Hip-hop foreshadows the future of the United States--one in which no racial group will constitute a majority. It is the most diverse form of American popular culture. The most commercially successful hip-hop artists in the United States are black, though there are popular white and Latino acts as well. The consumers are mainly non-black. The producers are Asian, black, Latino, and white--and combinations of all of those. The Neptunes, among hip-hop's most acclaimed producers, consist of Chad Hugo, a Filipino American, and Pharrell Williams, an African-Korean American.

Indeed, the borders of the hip-hop nation are not concurrent with the borders of any nation-state. The culture is international, with particularly strong variants in Africa, Brazil, the Caribbean, Western Europe, Southeast Asia, and Japan.

At the same time that an art form created by African American and Latino men dominates popular culture, African American and Latino men dominate American prisons. Unsurprisingly then, justice--especially criminal justice-- has been a preoccupation of the hip-hop nation. The culture contains a strong descriptive and normative analysis of punishment by the people who know it best.

Bold, rebellious, often profane, the music has multicultural detractors as well as fans. One need not like hip-hop, however, to appreciate its potential to transform. Imagine, for example, that television situation comedies consistently critiqued the government's foreign policy, that country music ridiculed the nation's health care, or that fans at professional sports events were warned that the government was exploiting them. We would anticipate a strong response from the state if powerful critiques of it were widely disseminated. These scenarios are hard to imagine because most of American popular culture is explicitly apolitical. Moreover, there probably would be widespread disagreement among the producers and consumers of the culture about what politics to advocate.

Hip-hop culture is different. Often it is explicitly political. Its politics are not always easy to determine, and on some issues there is great diversity of opinion. On the fairness and utility of American criminal justice, however, the hip-hop nation speaks as one. In the contemporary history of the United States, it is hard to recall another dominant form of popular culture that contains such a strong critique of the state.

Many seem to be listening. The hip-hop nation is gaining political power, and seems more inclined to use it than has historically been the case with youth or artists. I do not suggest, however, that the hip-hop nation will be a potent voting bloc in the near future. My claim is normative. Hip-hop culture makes a strong case for a transformation of American criminal justice: It describes, with eloquence, the problems with the current regimes, and articulates, with passion, a better way. Its message is one that we should heed for reasons both moral and utilitarian.

This Article proceeds as follows. In the next Part, I discuss the relationship between popular culture and criminal law. Part II provides a short history of hip-hop culture, with special attention to the rule-breaking that attended the culture's birth. Part III describes hip-hop's relevance to the the current debate in criminal law scholarship about social norms. Part IV sets forth several elements of a hip-hop theory of criminal law. The Article concludes by comparing hip-hop justice with constructs of justice found in civil rights and critical theory.

Hip-hop culture ascended to national prominence in the post-civil rights era. For the hip-hop nation, one of the enduring lessons of the civil rights movement is that the criminal law was used as an instrument of racial subordination. Images of civil rights activists getting locked up (or brutalized by the police) are common in hip-hop culture, especially music videos.

Hip-hop artists express some of the same concerns as traditional civil rights activists about criminal justice. Both vigorously protest racial profiling by police. Unlike civil rights culture, hip-hop does not practice a politics of respectability. It is less bourgeois. It champions the human rights of criminals as enthusiastically as the rights of the falsely accused. It is as concerned with fairness for drug sellers as for law-abiding middle-class people who are stopped by the police for “driving while black” or “driving while brown.” Ultimately, hip-hop culture's reforms focus more on substantive than procedural issues (criminal law more than criminal procedure). Accordingly hip-hop activists may be better equipped to protest the crack cocaine sentencing regime, felony disenfranchisement, or recidivist statutes than organizations like the NAACP. They are also more willing to use nontraditional tactics to change the laws.

At the same time, hip-hop culture is post-postmodern. Some hip-hop artists seem more optimistic about the potential of the United States to achieve justice than some critical theorists. There is more faith in the potential of the rule of law, even if that potential is not now realized. Some hip-hop artists are less suspicious of capitalism than are many postmodernists. Hip-hop ultimately, however, seems more rooted in critical theory than traditional jurisprudence. It embraces instrumentalist tactics and is deeply suspicious of authority.

One serious deficiency in hip-hop is its endemic sexism and homophobia. Can any credible theory of justice be based on a culture that routinely denigrates more than half the population? The answer must be “no.” In order for hip-hop to command the moral authority that, at its best, it deserves, it must address subordination within the hip-hop nation. The problem besmirches hip-hop's extraordinary aesthetic achievement and detracts from its important evaluation of criminal justice. Hip-hop music and videos, especially, contain the kind of depictions of gender and sexuality that we might expect of adolescent boys.

The increasing prominence of women rappers provides limited cause for hope. Hip-hop has a long way to go, however, before its constructive political analysis is not compromised by lyrics, visual images, and attitudes that put down a considerable portion of its own community.

This Article is a beginning. It is an early attempt to fashion a hip-hop jurisprudence. In hip-hop culture there is a tradition of answer raps--of provocative responses to provocative words. I look forward to those responses.