What the #Metoo Campaign Teaches about Stop and Frisk 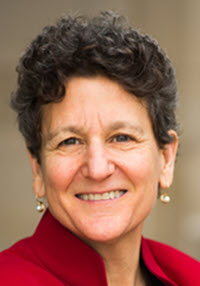 There is much that #MeToo and feminism can illuminate about the policing practice known as stop and frisk. The #MeToo campaign turned a spotlight on power, consent, and sexual abuse. The hashtag describes a movement in which women, and some men, share the fact that they have been the victim of unwanted sexual aggression, from harassment to rape. Thanks to the 2017 campaign, the public increasingly appreciates that power and authority impose new meanings on what might appear superficially as consensual encounters. When a person submits to someone who wields power over them, this may be deeply disturbing and coercive even for encounters that lack visible violence. These insights are equally applicable to policing.

The Supreme Court handed down its decision in Terry v. Ohio fifty years ago this year, allowing stop and frisk to flourish throughout the United States. While the current president extolls aggressive stop and frisk tactics that a federal district court ruled unconstitutional, the current scholarly debate centers on whether the regime set forth in Terry v. Ohio should be completely overturned or whether it is better to simply reign in the worst abuses.

Insights from the #MeToo campaign bolster the argument that Terry v. Ohio is inherently flawed. One of the strengths of #MeToo is how the campaign “put the focus back on the victims.” Another strength is the campaign's recognition of power dynamics and the difficulty women face in resisting someone who wields power over them. A third strength of the movement is that it exposes sexual abuse as a common occurrence. As more and more women speak up, an activist explained, “we might give people a sense of the magnitude of the problem.” This Essay applies these three strengths towards examining the Terry doctrine.

Terry looks very different when I go to middle schools and churches to teach black teenagers and adults how to safely exercise their rights. When law professors teach the case, we explain that the Constitution limits what police can do. We tell our students that police need probable cause to search for drugs; reasonable suspicion is not enough. But that's not really true. The person who is stopped must assert his constitutional right to refuse the search. The Constitutional limits on Terry have to be asserted. Police only need consent from civilians, and I use the concept of consent broadly in this piece to include consent to stop, consent to answer questions, and consent to search. When community members talk about a stop from their perspective, they have many practical questions. “What happens if I say ‘no’ to the officer?” “What will the officer do to me if I walk or run away?” This is what civilians ask and what Terry's victims need to know.

Just as #MeToo recognizes that “no” is not always a realistic response to an aggressor, the Court should recognize that it is unrealistic to expect civilians to say “no” to officers. From a civilian's perspective, the constitutional limits on Terry are scary. Like the victims of Harvey Weinstein, these teenagers have to weigh their options at a bad time, at a time when they feel vulnerable, a time not of their own choosing. To critique Terry v. Ohio properly, we must grapple with the fact that requiring civilians to assert their rights represents a weak bulwark against unlimited police power. In reality, Terry's constitutional limits are virtually impossible to assert on the street.

Teaching “Know Your Rights” in the community led me to recognize the flawed reasoning at the heart of Terry v. Ohio, flaws that have not been investigated in the pages of law reviews. This Essay asserts that the case law that allows police to obtain consent from individuals is not a stand-alone doctrine independent from Terry v. Ohio, any more than consent for sex is separate from the definition of rape. Rather, even a constitutional application of Terry v. Ohio relies upon vulnerable individuals consenting to searches or otherwise waiving their rights. Looked at in this light, stop and frisk can no longer be defended as a method that does more good than harm.

For two years, I traveled to DC Superior Court with Howard Law students on Saturday mornings to teach “Know Your Rights” to teenagers who had been arrested for trespassing, petty theft, and other minor misdemeanors. By attending “Youth Court,” the teens avoided juvenile court.

During one “know your rights” training, a slender fourteen-year-old dressed in the ubiquitous District of Columbia uniform of tee shirt, jeans and sneakers, kept his iPhone in his pocket and leaned forward in the jury box chair, listening intently. At one point, when the law students were switching scenes, he beckoned me over to ask me a question. What happens when they feel up your private areas, he wanted to know. I asked him if it happened to him. Yes, he explained, the last time he was searched, “it felt like rape.” He wanted to know whether there was something he could do about that.

This young man's question continues to trouble me. Maybe the search was legal under Terry. After all, we know officers are allowed to feel around the groin. Or maybe it was closer to what happened to Eric Garner and a few others who have spoken out. This is a huge but hidden part of Terry's legacy. It requires more than mere tinkering with the doctrine.

The consent doctrine is a sham. It is simply not safe for vulnerable civilians to say no. We must toss out the consent doctrine. And once we get rid of the consent doctrine, Terry v. Ohio must fall with it. At its heart, Terry requires police to get individuals to waive their rights so that police can search pockets and gather confessions during short detentions.

As the #MeToo movement demonstrates, perceived consent is usually coercion when there's an imbalance in power. Often, what appears to be consensual is surely not. Moreover, the brave #MeToo victims teach us that non-consensual touching leaves scars. To recognize the power imbalance in policing would lead us to abolish the consent doctrine and end Terry's claim to fighting crime. So Happy Birthday Terry, #Timesup!