A Broken Shield: A Plea for Formality in the Juvenile Justice System

Abstracted from: Robin Walker Sterling,  A Broken Shield: A Plea for Formality in the Juvenile Justice System ,  13 University of Maryland Law Journal of Race, Religion, Gender and Class 237 (Fall, 2013) (130 Footnotes)

The juvenile justice system swallows children of color at a shockingly disproportionate rate. The data is uncontroverted and bears repeating. In 2008, children of color comprised 22% of the country's youth population, but constituted 54% of children arrested for violent crimes and 35% of children arrested for property crimes.  When a white juvenile and a black juvenile with similar backgrounds are each charged with the same drug offense, the black juvenile is nine times more likely to be detained.  Finally, one in three black juveniles can expect to go 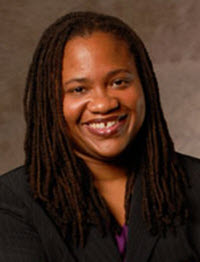 to prison in his lifetime.

Explanations focusing on demographics, arrest rates, and rates of offending fail to account for the disparity.  Moreover, data gathered using modern self-report methods  suggest that the rates of juvenile drug offending are static across races. This conclusion undermines the hypothesis that African American children are more involved with the juvenile justice system simply because they commit a disproportionate share of crimes.

A probable explanation is conscious and unconscious bias.  This bias takes hold at all points of discretion in the juvenile justice system.  As one noted scholar wrote, "individualized discretion is often synonymous with racial disparities in sentencing."  The numbers reinforce this belief. Between 2002 and 2004, black juveniles--16% of the youth population--had the misfortune of accounting for 28% of juvenile arrests, 30% of court referrals, 37% of detained youth, 38% of youth placed out of their home, 34% of youth waived to adult court, and 58% of youth locked in adult prisons.

The juvenile justice system poses a singular threat to children of color because the juvenile justice procedure lacks formality. In the place of formality is discretion, and every point of discretion functions as another foothold for implicit bias. This informality is enshrined in Supreme Court doctrine that was built on the late-nineteenth century "Child Savers" narrative. The "Child Savers" founded the early juvenile court according to rehabilitative principles of "fairness, of concern, of sympathy, and of paternal attention."  This dominant narrative informed the Court's decision in In re Gault.  In re Gault grounded the procedural rights of juvenile defendants in the minimalistic due process concept of "fundamental fairness" rather than in the full fundamental rights afforded to adult criminal defendants under the United States Constitution.

Uncritically relying on the Child Savers narrative suppresses the alternative narrative detailing the experience of children of color.  Had the Court recognized this alternative narrative, the Court might have seen that people of color did not experience "disillusionment"  by the juvenile justice system at some point long ago; the Court would have found that there was no such illusion to begin with. People of color have received "the worst of both worlds"--a lack of rehabilitative treatment and a lack of procedural protections--since the start of the juvenile justice system.

Gault, along with the other juvenile cases from the Warren Court, is widely considered to be the apex of the juvenile due process movement. Gault was the first case to extend many procedural rights to juveniles, not least among them the right to counsel, by grounding those rights in the limited doctrine of fundamental fairness.  But Gault also splintered juvenile justice from the rest of the civil rights movement and stunted its growth. The ramifications of this became all too apparent in McKeiver v. Pennsylvania, in which the Court refused to recognize a juvenile right to trial by jury as part of the fundamental  fairness rubric.  This holding has had disastrous implications for children of color, who require procedural formalities as a shield against the discriminatory impact of unfettered discretion.

I previously discussed the topic of Gault's failings in Fundamental Unfairness.  The purpose of this brief piece, written as a companion to a talk I delivered at the University of Maryland "Children at Risk" Symposium on November 9, 2012, is to expound further on this topic. The past several terms demonstrate that the Supreme Court has the constitutional rights of children accused of crimes in sight.  This opportunity to push for a realignment of juvenile justice toward a full recognition of fundamental rights must not be wasted. The need is urgent and the time is ripe.

Part I briefly reiterates the history of the juvenile justice system, contrasting the dominant narrative of a progressive, rehabilitative system with the true experience of children of color. With that context set, I outline the major doctrines set forth in Gault and the related juvenile cases of its era. I then go further than I did in Fundamental Unfairness and discuss how the experiences of white and minority youths continued to diverge after McKeiver. In Part II, I explain how Gault and its progeny have left children of color exposed to the implicit racial bias that permeates the system. Finally, in Part III, I prescribe strategies to begin the overdue dismantling of the machinery that imprisons, stigmatizes, and damages the lives of children of color at a grossly disproportionate rate.

The experience of black children in the juvenile justice system in the wake of both the initial reforms near the turn of the twentieth century and the Supreme Court's Gault-McKeiver line of cases demonstrate that the gains from progressive reforms are not distributed evenly. When a subjugated group's narrative becomes overpowered by *256 the narrative espoused by the dominant group, the excluded story becomes synonymous with the excluded and oppressed people. Suppressing a narrative results in erroneous assumptions becoming embedded in doctrine, as the assumption of a benevolent, rehabilitative juvenile system became embedded in Gault. This structural flaw in the constitutional doctrine itself combined with racial bias, excessive discretion in the wrong hands, and the weight of history to perpetuate DMC in the juvenile justice system. We cannot change history, but we can change the law and direct our behavior to promote awareness of bias, to advocate compassion for all children, and to ensure that all viewpoints can be heard, acknowledged, and taken into account on an equal footing.