Prisoners of Fate: The Challenges of Creating Change for Children of Incarcerated Parents 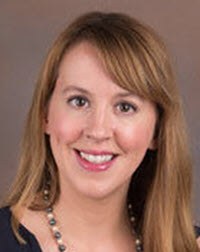 In April of 2016, the Annie E. Casey Foundation released a policy report that detailed in bleak terms the devastating impact that parental incarceration has on the children who are left behind. Too little attention has been paid to these children and the effect their parent's incarceration has on them. Scholars have termed them “collateral damage” and “invisible victims,” and noted that the high price they pay in terms of their altered trajectories is the “hidden cost[] of our criminal justice policies.” As the Annie E. Casey Foundation report noted, “policy debates about incarceration rarely focus on the burden borne by children and families” when a parent is incarcerated. But a burden is indeed borne. These blameless children, who have done nothing wrong, nonetheless will “do the time” with their parents, and will likely experience a myriad of negative impacts. As the quote from the Pozzy case illustrates, sentencing judges have largely accepted as a given, reluctantly or not, that these children are to be punished alongside their parents.

But is there another way? Is it simply inevitable that, when a parent has engaged in criminal behavior, their children must necessarily suffer? Are there any low-cost, politically-feasible ways to mitigate this suffering? This Article endeavors to examine the viability of a variety of proposals that might help children of incarcerated parents, and concludes that, although the path forward to assisting them is narrow, it does exist.

Part I lays out in stark detail the extremely difficult situation that children of incarcerated parents experience, outlining the real harms they face-- everything from decreases in their physical and psychological health to an increased risk for homelessness and educational failures. These problems follow children into adulthood, setting them up for an increased risk of problems such as drug use, unemployment, and, ultimately, incarceration themselves. In addition, children of incarcerated parents are disproportionately black and living in poverty, mirroring larger trends in the administration of criminal justice in this country. Part I will also explore the reasons that something shown in studies to mitigate so many of those harms--visitation with their parents--is so difficult to achieve in practice, despite the fact that visitation also reduces recidivism rates for incarcerated parents. Although this Article focuses chiefly on federal sentencing practices and rules, and therefore on children of parents incarcerated in federal prisons, the harms that children experience when a parent is incarcerated extend, of course, to state and local jails as well.

These harms, while relatively well documented by researchers, are nonetheless noticeably absent from sentencing decisions and the case law surrounding incarceration. To help explain why this is, the Article shifts in Part II to a discussion of the federal criminal sentencing process, and how, traditionally, children have been left out of the conversation when a parent is facing jail time.

Part II gives a brief history of the Sentencing Guidelines, including a discussion of Guidelines Section 5H1.6, which explicitly instructs sentencing judges that the impact of a parent's incarceration on minor children or other family members is generally not to be considered when fashioning a sentence. Part II also discusses the Supreme Court's 2005 United States v. Booker decision, which, along with the vacillating opinions that have come after it, made the Sentencing Guidelines merely advisory, thus freeing federal judges from blindly following them when sentencing a parent. However, Booker and its progeny have largely not lived up to their revolutionary potential with respect to taking family impact into consideration at sentencing. District court judges have taken an uneven approach to downward departures on the basis of family responsibilities when sentencing parents in the wake of the Booker decision, and this Article examines that phenomenon and the various reasons for it. Part II concludes by discussing the fact that the Bureau of Prisons, not sentencing judges, decide where federal inmates are incarcerated, and subsequently, this decision has a massive impact on a child's ability to visit their parent in prison.

Part III examines proposed legislative and judicial changes that are relatively feasible in terms of cost and would have a major impact on children of incarcerated parents, but are nonetheless unlikely to come to fruition under the Trump Administration and current Attorney General Sessions. Ultimately, recommendations that would require action on the part of Congress--such as amending the Sentencing Guidelines to clarify that family responsibilities can be considered in fashioning a sentence or amending Federal Rule of Criminal Procedure 32 to mandate the inclusion of Family Impact Statements in presentence investigation reports--are not, at the present, likely to occur. Similarly, it is unlikely action on the part of the Supreme Court--such as directing sentencing judges to ignore the portion of the Sentencing Guidelines that disfavors consideration of family responsibilities in sentence formation-- would occur.

But the news is not all bleak: the heart of this Article is Part IV, which makes two sets of recommendations aimed at addressing the issues facing children of incarcerated parents that are likely to succeed, even if on a patchwork basis. First, Part IV explores a novel action that individual federal sentencing judges can take--by using a relatively underutilized provision of the Federal Rules of Criminal Procedure (Rule 32(d)(2)(G))--to require that a presentence investigation report include information about how a parent's incarceration will impact their minor children. This recommendation is unique to this Article; research did not yield evidence of a single instance of a judge using this Rule to require a Family Impact Statement. But a recent opinion out of the Eastern District of New York, where that provision was used to require an assessment of collateral consequences as part of the sentencing report, provides a useful roadmap of how it could be used here. Second, Part IV outlines three recommendations for improving prison visitation policies: (1) making them explicitly welcoming to children; (2) increasing visiting hours; and (3) working with nonprofits to help overcome financial obstacles to visitation for children of incarcerated parents. These three policy changes are modest, can be implemented with relatively low cost, and are already occurring in certain jurisdictions around the country.

Children of incarcerated parents have never had an easy lot. There is little reason to believe that there will be significant legislation aimed at improving their experiences anytime in the foreseeable future. But there are things that can be done by concerned judges, compassionate prison officials, and even everyday citizens willing to support nonprofit work. Efforts to help protect and foster these invisible victims are timely and essential.

Children of incarcerated parents have done nothing wrong. They have broken no laws, they have violated no rules. Still, they are punished. They serve their parents' sentences alongside them, innocent and often hidden victims. It is beyond time for judges and policy makers to consider these children when fashioning a sentence or setting policy such as prison visitation rules. Although the current Republican-controlled Congress and the Trump Administration may not prioritize changes to the Sentencing Guidelines or the Federal Rules of Criminal Procedure that would benefit children of incarcerated parents, there are still changes that individual judges or prison policy officials can undertake now. These children deserve our attention and the modest changes outlined here should be considered only the beginning of what we can do.