“I Think You Didn't Get it Because They Misidentified You as Latina”: A Commentary on Multiracials and Civil Rights: Mixed-race Stories of Discrimination 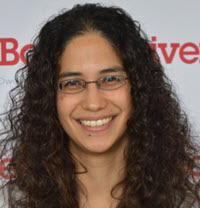 Liz was interviewing for a tenure-track, entry-level law faculty position at Law School X, “ranked” (in that year) around 100. She had heard a rumor that the law school was determined to hire a person who would add to the diversity of the faculty, which was both White- and male-dominated.

Liz's “job talk,” a presentation on a current article that she was writing, used Liz's own multiracial identification to illustrate a point relevant to her research, which utilized both critical race theory and feminist legal theory. In the course of explaining her illustration, Liz mentioned that she was often identified by others as Latina, but that her background (and her identification) was Asian Pacific American and White.

Several weeks after the interview, the chair of the search committee called to tell Liz that although the faculty “had not voted not to give her an offer,” other candidates would be offered the position before Liz was offered it, and the chair anticipated that another candidate or candidates would accept the position before it could be offered to Liz. When she asked the chair and, later, another faculty member, for feedback on areas in which she could improve, she was told that, although she had experience teaching Contracts, because she did not write scholarship on Contracts, she lacked credibility as someone who truly wanted to teach or would teach Contracts well.

A week or so later, without clarifying whether Liz might still get an offer to join the faculty, the chair called again, explaining that she needed to report demographic information about all of the candidates to the Association of American Law Schools, and asked what she should list as Liz's race. Liz was taken aback and somewhat confused by the question because she thought that various indications on her CV of volunteer work with Asian Pacific American organizations, as well as her job talk illustration, made it unnecessary for the chair to ask this question. Nevertheless, not knowing whether her candidacy was still active, Liz did not refuse to answer the question. Instead, she explained the intricacies of answering such questions when one is multiracial, including that the answer often depends on the options provided: did the form provide racial categories and say “check all that apply”? Did it provide a single “multiracial” category? Or was there simply an “other” and did it provide a write-in space?

After Liz explained how she would fill out each kind of form, the chair ended the call, and Liz texted an account of the conversation to friends. She explained later that her purpose in the texts was in part to have a contemporaneous account of the conversation (in which she also described what happened at the interview, as background to the phone call with the chair), which had left her feeling troubled. However, she didn't seriously consider legal action. She learned about nine months later that Law School X had hired two men of color and that one had been asked to teach Contracts, even though he had never taught Contracts and did not write on topics even remotely related to Contracts. A White woman professor at Law School X, whose research areas overlapped significantly with Liz's, remarked to Liz, when discussing Liz's candidacy, that she and other (unspecified) faculty members had struggled with the issue of hiring new colleagues “who looked just like” those already on the faculty.

Nearly a year after the interview, which Liz spent at a different, lower-ranked law school in a tenure-track post, Liz had lunch with a friend on Law School X's faculty. A tenured, White, and male faculty member who had been at Law School X for about 10 years, he told Liz, chuckling, “I think they didn't offer you the job because they thought you were Latina, but then found out you were not!” As annoying as she found his privileged amusement at a situation that Liz had experienced as biased and discriminatory, she kept to her decision not to consult an employment discrimination attorney friend about potential claims for several reasons. First, although employment discrimination was not her field, she suspected any claim she made would be very hard to win. Second, in light of the difficulties in winning such a case, Liz decided the potential costs to her future career and collegial relationships, especially as she had many years before even going up for tenure, far outweighed the potential benefits. Finally and most importantly, she realized that she felt uncomfortable even making such a legal claim, as Law School X had been committed to diversifying its faculty and had indeed hired two (monoracial-identifying and -identified) faculty of color, making her feel as if any discrimination claim would smack of “reverse discrimination.”

This hypothetical, “based on true events” as they say in the movies, poses some interesting questions for the topic that Professor Tanya Katerí Hernández tackles in Multiracials and Civil Rights: Mixed-Race Stories of Discrimination, her volume on how multiracial-identifying Americans experience race discrimination and how anti-discrimination civil rights laws do and should respond. So, too, does a set of distressing, yet rarely discussed, statistics found in the National Intimate Partner and Sexual Violence Survey (“NISVS”), showing that an average of one-in-two multiracial women experiences intimate partner or sexual violence in her lifetime, a form of discrimination that targets multiracial women at higher rates than any other demographic group in the U.S.

Professor Hernández's detailed look at court opinions in cases brought by multiracial plaintiffs, as well as her own reflections on life as a multiracial person, points out that existing civil rights law can address the discrimination experienced by multiracial plaintiffs. Her analysis thus disagrees with that of various authors who Professor Hernández identifies with the term “multiracial-identity scholars,” as well as non-legal advocates for special treatment of multiracial Americans, such as the Multiracial Category Movement that lobbied for changes to the U.S. Census. Professor Hernández draws this conclusion in part because of the “capacious” quality of civil rights laws, which she argues are as capable of addressing race discrimination against multiracial people as against “monoracial” people. Although not as important as this capaciousness, another critical reason is related to the multiracial plaintiff's “phenotype:” that is, the source of the discrimination these plaintiffs face is largely, if not entirely, based on the monoracial category that the (White) employers think they look like. This is particularly true for those multiracial plaintiffs whose own phenotype, or the phenotypes of their friends and family, identify them as part African American. Indeed, Professor Hernández's analysis demonstrates that even an association with Blackness through some method not related to phenotype (e.g., an Ancestry.com report explaining that a White-looking plaintiff who “had ... lived as a White man” all his life had African ancestry can be sufficient to trigger anti-Black animus.

Professor Hernández's analysis is thus highly persuasive--for the cases that have reached court and for multiracial plaintiffs marked in some way as African American and therefore subjected to anti-Black bias and discrimination. But Liz's case differs in two ways from the instances of multiracial discrimination at the core of Professor Hernández's analysis. First, the Law School X faculty did not think Liz was African American, so anti-Black racism was not at issue in their hiring decisions. Second, Liz's reasons for not pursuing a lawsuit show that her case almost certainly would never make it to court or, therefore, into Professor Hernández's analysis. What is less clear is whether there are many cases like Liz's, as well as what implications her and any similar cases might have for civil rights law.

Likewise, as explained infra, despite being clear victims of discrimination, the overwhelming number of NISVS survey respondents have not and will not assert any legal claims that will be litigated before a court. In addition, because almost no research has delved further into the statistics regarding multiracial women's extreme vulnerability to the wide spectrum of gender-based violence measured by the NISVS, we do not know if multiracial women who identify as part African American face more, less, or similar rates of gender-based violence as multiracial women who self-identify as non-Black. Moreover, as Liz's case shows, selfidentification does not necessarily match the assumptions that the people engaging in the discriminatory acts may make about a multiracial person, while the NISVS relies on self-identification of the gender-based violence victim and does not ask any questions of those perpetrating the discrimination, including with regard to the race of their victims. The NISVS does not focus, as the civil rights litigation at the center of Professor Hernández's analysis does, on the perceptions of the discriminator, regarding race or anything else.

How either the NISVS data or Liz's experience fits into two alternative theories of discrimination against multiracial people is an additional question. The first of these can be found in the legal multiracial-identity scholar literature that Professor Hernández addresses and critiques, and the other I most often see in cultural commentaries by multiracial people, often reflecting on or inspired by President Barack Obama's multiracial background. In the remainder of this essay, I argue that the examples of both Liz's hypothetical and the NISVS complicate all three theories of multiracial discrimination and suggest that it may in fact be too early to theorize at all, because we simply do not have enough information--as an empirical, descriptive matter--about the experiences of multiracial people, including with regard to experiences with discrimination. Furthermore, without research or other mechanisms to discover and bring to light experiences like Liz's, along with those of the many multiracial survivors of gender-based violence surveyed by the NISVS and those of those survivors' abusers, neither the nature of multiracial discrimination nor the efficacy of using existing civil rights law to combat it is truly knowable.