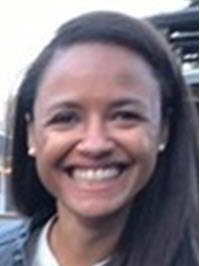 For over a century, the United States Supreme Court has held, in sum and substance, that students do not "shed their constitutional rights ... at the schoolhouse gate." In practice, however, while not shed entirely, many of those rights have been increasingly limited. In 2016, footage of a South Carolina high school student being hurled across her classroom went viral. She and Niya Kenny, the girl who filmed the incident, were arrested pursuant to South Carolina's "Disturbing Schools" Law, which subjects students to criminal charges for behaving in a distracting or obnoxious manner on campus--behavior which can easily be conceptualized as typical teenage behavior. After finding this incident to be just one among hundreds, the ACLU agreed to file suit on behalf of 19-year-old Kenny and several other plaintiffs, arguing that the statute was unconstitutional. The suit, Kenny v. Wilson, was dismissed for lack of standing in the United States District Court for the District of South Carolina, but the Fourth Circuit Court of Appeals reversed in March 2018. The court found that the law endangered freedom of expression and due process and remanded for further proceedings on those two grounds. In May of 2018, following the Fourth Circuit's decision in Kenny and related incidents, South Carolina amended its Disturbing Schools Law to apply exclusively to non-students, therefore protecting students from arrest by law enforcement as a means of disciplining on-campus behavior. The amended law targets the behavior of visitors on school property (including, for example, non-student spectators attending on-campus sporting events). Disturbing Schools Laws that target students are not contained to South Carolina's past, however. Around the same time as the Kenny decision, police arrested a seventh-grader in New Mexico for repeatedly fake burping in class; his arrest came pursuant to a state statute prohibiting disruptive behavior in schools. The child's mother initiated A.M. v. Holmes, a civil rights action against the police officer and school officials involved, alleging unlawful arrest and excessive use of force in violation of the Fourth Amendment after her son was taken to a juvenile detention center. The district court awarded all defendants qualified immunity, and the Tenth Circuit affirmed. The appellate opinion came with a scathing dissent from then-Circuit Court Judge Neil Gorsuch. Despite that hopeful dissent, the Supreme Court denied certiorari, and the thirteen-year-old boy was left without recourse. Neither the Disturbing School Laws nor the disproportionality with which they affect students of color are unique to South Carolina or New Mexico. But, using Kenny as a model, students may find they have both standing and due process protection to challenge Disturbing Schools Laws across the country due to the vague nature of these laws and opportunities for arbitrary enforcement that result from the same.

Part I of this Note will focus on the history of zero-tolerance policies including Disturbing Schools Laws and relevant existing state statutes that restrict and target on-campus disturbances.

Part II will analyze current case law, particularly the opposing outcomes from the Fourth and Tenth Circuits, as well as the Fourth Circuit's concerns with due process.

Part III of this Note will examine the current consequences of these laws and the disparate impact they have on students of color--often funneling black and brown children into the criminal justice system for noncriminal behavior at a higher percentage than white children.

Finally, Part IV will discuss why the Fourth Circuit in Kenny was correct in recognizing the students' standing to bring due process and First Amendment claims, and how South Carolina's new Disturbing Schools Law can serve as an example for civil rights groups looking to challenge similar instances of de facto discrimination across the country.

In an ideal world, the role of disciplinarian would remain with school officials who, theoretically, are trained to work with students, are familiar with the students in their school communities, and can distinguish between serious and dangerous behavior requiring law enforcement intervention on the one hand, and that indicative of teenage immaturity or disability on the other. The APA's "Zero- Tolerance" task force found that, in general, zero-tolerance policies like South Carolina's pre-amendment Disturbing Schools Law were counterproductive:

The goal of any effective disciplinary system must be to ensure a safe school climate while avoiding policies and practices that may reduce students' opportunity to learn. Although the goals of zero-tolerance in terms of ensuring a safe and disciplined school climate must be supported, the implementation of zero-tolerance has created continuing controversy by threatening the opportunity to learn for too many students. Moreover, the Zero-Tolerance Task Force's review of an extensive database on school discipline reveals that, despite the removal of large numbers of purported troublemakers, zero-tolerance policies have not provided evidence that such approaches can guarantee safe and productive school climates for other members of the student population. Clearly, an alternative course is necessary that can guarantee safe school environments without removing large numbers of students from the opportunity to learn. But in a country that far too regularly experiences mass shootings in schools, it is difficult to imagine a conversation about school safety that does not involve armed officers--despite an abundance of studies suggesting that there are alternative approaches that may prove more effective at reducing school violence, and that the presence of armed officers often contributes to a sense of hostility and anxiety in a school environment.

The "Dignity in Schools Campaign," a coalition of organizations against increasing the number of police officers in schools, advocates ending the consistent presence of law enforcement and, instead, focus on training "school staff [] to ensure safe and positive school climates, such as community intervention workers, peacebuilders, behavior interventionists, transformative or restorative justice coordinators, school aides, counselors and other support staff, [on what they] can and do prevent and address safety concerns and conflicts." Although Kenny has yet to proceed further through the court system, in May 2018, the South Carolina legislature amended its Disturbing Schools statute to explicitly restrict the statute's application to non-students only--albeit leaving room to punish suspended students as non-students. While this change on its own was an immense victory for teenagers from South Carolina, the real victory lies in their having been granted standing by the Fourth Circuit to pursue their due process claims, where, as seen in A.M., challenges against SROs or school administrators run the risk of being dismissed under the shield of qualified immunity. The Kenny plaintiffs set a new precedent for students pursuing changes to school discipline policies across the country. Kenny establishes a framework by which students of color and students with disabilities can challenge Disturbing Schools Laws as both facially unconstitutional and violative of substantive due process. While changes will likely come through committed plaintiffs like Niya Kenny, there is work to be done on the other side of the Bench and in state legislatures. In 2011, Texas Supreme Court Chief Justice Wallace B. Jefferson spent a day in Juvenile Court at the invitation of one of his colleagues. Chief Justice Jefferson, the first African American appointed to the state's Supreme Court, saw a broken system that was "funneling kids from schools to detention centers." The experience was disturbing enough to prompt him to call a meeting with state legislators to see what could be done; to his surprise, they were more than happy to participate in the change that made the Disturbing Schools Law more specific and directed towards disruptive behavior. The legislative changes took effect beginning September 1, 2013, the first day of the new school year. In the first year alone, "some 40,000 charges were not filed against kids," a roughly sixty-one percent decline in criminal charges. This is a striking example of how judicial discretion can be used to influence policy when the status quo is creating devastating circumstances.

Change can also start within the schoolhouse. For those who believe that zero-tolerance policies are the only thing standing between a teacher and the allegedly unruly teens roaming the halls of our nation's public schools, it is worth noting that behavioral concerns need not only be addressed through law enforcement involvement. In three of the nation's largest school districts--New York, Chicago, and Miami-Dade--the school districts staff more school police officers than social workers or counselors. According to Dennis Parker, Director of the ACLU's Racial Justice Program, the discrepancy "reflects an approach to school discipline and school safety that is ultimately counterproductive." Marc Schindler, head of the Justice Policy Institute, points out that "[w]hile there are conflicting studies about the effectiveness of police in schools, ... research shows they bring plenty of unintended consequences for students." Scholar-activists Thurau and Wald suggest that "the access to SROs for consultation on whether an act is an arrestable offense increases the likelihood that school administrators will use such information for police functions." Since it is doubtful that SROs will be removed from schools at any point in the near future, there is enough information to suggest that more training will provide officers with a better sense of how to handle teenagers, particularly those with special educational needs or behavioral issues that might manifest in disruptive behaviors. The National Association of School Resource Officers exists as a non-governing leadership body for SROs across the country. In its "Statement on Police Involvement in School Discipline," the Organization encouraged schools to complete a clear and concise memorandum of understanding, emphasizing that "SROs must [r]eceive [t]raining [r]egarding" students with special needs and discouraging the use of physical restraint in almost all situations. In many ways, however, these are small fixes for a much larger problem. Until SROs' responsibilities are clearly separated from those of disciplinary school administrators, and until American public schools can deliver the same quality of services and education to all students, no matter their zip-code, students of color, students from low-income communities, and students with disabilities will need people like Niya Kenny to keep their phones out and keep standing.