It Starts and Ends with the Schools: Using Strict Idea Enforcement to Sunder the School-to-prison-pipeline for Special Education Students 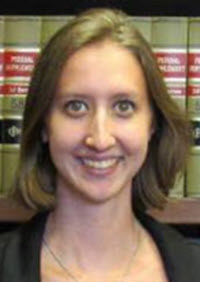 “I don't know what's going on. I don't understand” said ten-year-old boy with autism, John Haygood, as he was placed under arrest at a Florida school. Charges were pressed against John by his own paraprofessional, resulting in his arrest for felony battery. Due to other behavioral issues, this arrest surprisingly occurred after John had been out of school for six months. The paraprofessional pressed charges because she wanted to “get the ball rolling to get [John's] mother to realize he need[ed] additional help” and yet, such message resulted in a scared young boy spending the night in a juvenile detention center. John's mother, in response, criticized the school's reaction to her son's behavior and expressed that children with special needs in schools are “being treated as criminals rather than children with special needs.”

This is the very issue that strikes the heart of this comment. We live in a world where a paraprofessional, whose obligation is to provide individualized services for a special education student, is the first one to press charges in response to a child's persistent behavioral issues. The very person (or entity) who is the “additional help” finds it more prudent to send a young boy into the ruthless jaws of the juvenile justice system, rather than to abide by their duties and facilitate a functional and conducive educational program for disabled students. Such action should be considered a de facto violation of the Individuals with Disabilities Education Act. (IDEA).

The school-to-prison pipeline has been a persistent problem that scholars have been trying to solve for decades. The issue has been summarized as “'juvenile courts, essentially a punitive apparatus, to handle the behavior problems of our schools ... the juvenile courts make problems worse ... they make criminals out of children.”’ However, the school districts' use of the juvenile justice system as a disciplinary tool is not the root of the problem. The IDEA is only effective when free appropriate public education (FAPE) is provided to all qualifying students, even those “who have been suspended or expelled from school.” Notably, the “key step in giving force to that guarantee [of FAPE] is the process that must be followed when evaluating a child to determine whether they require special education and related services to receive a meaningful education.” Thus, a predominant cause of the overrepresentation of adjudicated delinquents with special education needs is the school district's failure to identify, assess, and address the student with a disability.

The cycle starts: a student struggles in school and repeatedly fails in areas where their nondisabled peers succeed; they either go unidentified or are identified after many years; they fall behind in their academics; if the school district identifies the student, the services provided are inadequate in meeting the individual needs of the student; the student stops going to school or they manifest behaviors that ultimately lead to their detention; the detention center gives inadequate education and transition services; the student cannot integrate back into society upon release; behaviors never improve and they return to detention for probation violations or other crimes.

Some may argue that the IDEA explicitly allows a local education agency to report a crime committed by a child with a disability to authorities. However, my focus is not on what the school district does after the student's behavior manifests but on what they do leading up to the charge.

If a student with a disability exhibits troubling behaviors, which manifest from their disability, and those behaviors escalate to the execution of what may be deemed a criminal act, it would likely be due to the school district's denial of FAPE to the student. John Haygood is a perfect example: it is never acceptable to hit other students and teachers. However, if he was provided the proper services that assessed and addressed his physical aggression, which was a manifestation of his autism, John would never have engaged in the act that led to his paraprofessional charging him with felony battery. School districts must be held accountable, and the easiest legal avenue in holding school districts accountable for perpetuating the school to prison pipeline is to utilize the IDEA in full force.

Section II of this comment provides an overview of the IDEA, outlines its purpose, and explores key features that can be used to protect children with disabilities from juvenile justice. Section III illustrates the problem of disproportionate representation of special education students in juvenile detention centers, and how the system sets the student up for a life recidivism. Section IV proposes how the purpose and functions of the IDEA, if strictly enforced, will sunder the school-to-prison pipeline, and give students with disabilities a chance at success. Finally, Section V will briefly conclude.

The purpose of the IDEA is to ensure free appropriate public education for all children with disabilities so they can advance not only from grade to grade, but move to further education, employment, and independent living. Yet, a grossly disproportionate number of children with special education needs populate juvenile delinquency centers. A root cause of these disproportionate rates is the school district's failure to adequately provide FAPE to these students. School districts are the ones filing these juvenile delinquency and status offense petitions. The school districts would rather punish than educate.

This comment proposes that instead of shuffling children with disabilities off to the ruthless jaws of the juvenile delinquency centers for behaviors beyond their control, we hold the districts accountable. The IDEA demands all students be provided FAPE, which is meant to target their unique needs. Such proposal will not only keep these children out of the juvenile justice system but will promote a more well-rounded society and give these children an opportunity to be the best versions of themselves. All children deserve to achieve their goals. Some just need extra support. Juvenile delinquency is not the answer. IDEA enforceability and school district accountability is the best means to destroy the school-to-prison-pipeline and ensure a brighter future for children who deserve so much more.