Accountability in Policing: How Complicity Perpetuates Institutional Injustice and Inequities in the United States and South Africa 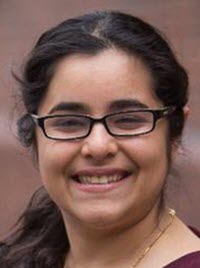 A comparison of the United States and South Africa is instructive in understanding how complicit behavior perpetuates institutional racism. In both the United States and South Africa, police and prosecutors have often faced accusations of racially biased decision-making. Racial bias is not a new concept; it is derived from political systems that separated people based on race. In the United States, the system is commonly known as segregation; in South Africa, the system is known as apartheid. Significantly, in both countries, the racial separation was institutionalized and enforced by governmental agents, particularly police and prosecutors.

However, there are notable differences between the two countries' accountability systems for policing that reveal a deeper understanding of the causes of institutional racism than would be possible when examining each country separately. One lesson revealed is the importance of understanding the impact of race through the intersectional lens of each country's patriarchal system and culture. Additionally, the differences in the countries' structures and functions of accountability systems for policing are instructive because of the similarities in the countries' histories.

This Article is a culmination of research and interviews personally conducted by the author in South Africa. Many of the understandings regarding the structures and function of policing accountability in South Africa are directly based off the interviews conducted. The Article will begin with an overview of political inequality and three methods that can be used to understand a citizen's ability to exercise political power.

Section III examines the barriers to civil lawsuits as a means for accountability against police violence.

Section IV analyzes the policing culture of impunity, and how it has acted as a barrier to self-regulation and internal accountability.

Finally, Section V proposes lessons on how to improve accountability for police violence in the future.

In conclusion, both the United States and South Africa struggle with political inequality that continues to create barriers for the will of the people to be enacted in government. Furthermore, both countries have structural issues in prosecutions of police violence that limit its effectiveness as a tool for accountability. These issues are exacerbated by cultural and systemic issues surrounding prosecutions of police violence. Similarly, civil lawsuits as a tool of accountability have limitations. Finally, an ongoing culture of impunity within policing makes internal self-regulation a challenge as a tool of accountability. Still, given the countries' shared history of racial separation, a comparative analysis of these countries is instructive in providing lessons for how both countries can improve their systems of accountability around police violence. Finally, using the complicity of prosecutors and other challenges of policing accountability, a framework for undoing institutionalized injustices can be proposed with the hope of limiting future societal harms by institutions created to serve the public.