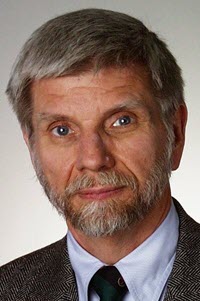 This article is written from the perspective of an attorney who has represented state and local governments in voting rights and election matters for the past twenty-five years. On many occasions, this representation has included assisting these government agencies in redrawing the boundaries of election districts consistent with state and federal law and assisting with administrative and judicial proceedings under the Voting Rights Act of 1965. My extensive practical experience in this area of the law has given me an understanding of the workings and implications of the Act as applied to state and local government reapportionment efforts.

The Voting Rights Act of 1965 has significantly changed the political landscape of the United States. Many individuals including some of my government clients are critical of the Act because they believe it is too great an intrusion by the federal government into state and local government affairs. Clearly, the Act in general and Section 5 of the Act, in particular, provide extraordinary exercises of federal power to a party deciding to use it. For example, the U.S. Department of Justice (“DOJ”) has occasionally misused its considerable power and discretion under the Act. Nevertheless, I believe the overall effects of the Voting Rights Act have been positive for the State of Texas and the nation.

This article is divided into three sections.

Part I briefly sets out the fundamental legal principles of apportionment.

Part II describes the past effects of the Voting Rights Act of 1965 upon the Hispanic voting strength in Texas.

Part III addresses some of the issues Texas faces during the current 2001 reapportionment that are likely to affect future Hispanic voting strength.\

The Voting Rights Act has helped bring dramatic and generally beneficial changes to government and to the political and economic power structures of United States and the State of Texas. Americans have benefited from these hard won changes. The Voting Rights Act remains important today. However, correct application of the Act continues to be difficult, particularly in the face of changing demographics and new constitutional principles.

Some of the issues discussed in this article operate to make it less likely that the 2001 apportionment of congressional and state legislative districts in Texas will result in an increase in the number of majority Hispanic districts proportionate with the size of the growth in Hispanic population in the state. This does not mean that an adopted apportionment plan will fail to recognize such growth. This growth already exists in districts drawn in the 1990s where the percentage of Hispanic population and voters has increased over the past decade. Requirements for equal population among election districts assure that the growth in the number of Hispanic inhabitants will be felt in the districts drawn in 2001.

Hispanic voting strength will continue to increase both as a result of apportionment in 2001 and because of the continuing increase in the number of Hispanic residents in the next decade. As this state's demographics continue to change, so will the relative strength of this state's regions, partisan organizations, and racial and ethnic groups. Government and societal institutions will continue to be transformed in Texas. Their transformation will be the result of the reapportionment of congressional and state legislative districts in 2001, the continuing growth and migration of Hispanic population statewide over the next decade, and the continuing search for answers to the legal and practical dilemmas posed by the Voting Rights Act of 1965.

Mr. Steve Bickerstaff currently teaches as an adjunct professor at The University of Texas School of Law.