Criminal Disenfranchisement in State Constitutions: A Marker of Exclusion, Punitiveness, and Fragile Citizenship 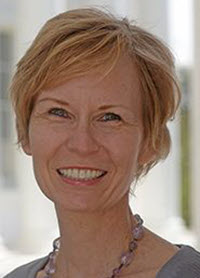 The Commonwealth of Virginia has one of the broadest criminal disenfranchisement provisions in the United States. Lifetime loss of voting rights is enshrined in the state constitution. Those convicted of any felony are barred from voting unless the governor restores their civil rights. Until 2016, the vast majority of those with a felony conviction lost the franchise forever. Most never applied for restoration of rights as the process was cumbersome, expensive, and time-consuming.

In 2016, then-Governor Terry McAuliffe, through executive order, restored the voting rights of over 200,000 individuals who had served their sentence. Virginia's Supreme Court declared this exercise of executive power unconstitutional. After its decision, the Governor individually restored voting rights to those who had been released from criminal justice supervision. His successor initially continued the practice. In March 2021, Governor Northam took a further step by re-enfranchising all Virginians not currently incarcerated even if they were on parole or probation. Yet, the state constitution continues to proclaim its broadly exclusionary message.

During the 2021 session, the state legislature debated how to change Virginia's constitution to limit disenfranchisement. Some proposed removing any reference to felon disenfranchisement in the constitution while others suggested retaining it during imprisonment. Ultimately, both Houses passed an amendment that explicitly mandated disenfranchisement during incarceration. Even though this is the practice the governor adopted subsequently, the constitutional change faced several additional hurdles. The legislature would have to pass the amendment again after the 2021 election, and then a majority of voters would have to approve it. Political turnover following the 2021 state elections ended the constitutional reform project in Virginia, at least for some time.

Though state constitutions are easier to amend than the federal Constitution, as the Virginia process demonstrates, even in the states, hurdles to constitutional amendments are substantial. Still, in recent years several states have amended their state constitutions to expand the franchise and allow (some) felons to vote.

This Article focuses on the current role of state constitutions in signaling the fragility of citizenship. Despite changes state constitutional provisions have undergone, almost all have retained powerful exclusionary concepts, which are reinforced in felon disenfranchisement laws. They conflate status as an offender with loss of the franchise and highlight the ease with which the protected status of citizenship, most pronounced in the right to vote, can be lost.

Instead of providing broadly for the right to vote, many states prominently include criminal disenfranchisement provisions in their constitutions, which powerfully, and more permanently than state laws, convey the states' values. This Article uses the Virginia debate as a foil to highlight the exclusionary provisions prevalent in state constitutions. In contrast to the federal Constitution, states set out who has the right to vote but many feature, in the same provision, exclusions that continue to set limits on the voting rights of citizens, including on those with a criminal record. The urgency of reforming not only state laws but also constitutional provisions emanates from the ongoing restrictions on voting rights, whose impact is magnified by the vast and punitive U.S. criminal justice system and results in fragile citizenship. Reform demands must be seen in the context of a racially skewed criminal justice system and ongoing efforts to suppress the right to vote.

Virginia's constitutional debate presented a case study of the struggle surrounding access to the franchise and highlights different perspectives on voter qualifications. The distinct constitutional proposals put forth during the amendment process reflect the intertwined struggles over voting access and criminal justice reform in a political system shaped by structural and legalized racism.

In Part I, this Article sets out a short history of felon disenfranchisement. It emphasizes its, at least indirect, connection to the history of racism and white supremacy during the nineteenth century whose vestiges continue through today. With the enormous expansion of the criminal justice system during the late twentieth century and its considerable racial imbalance, criminal disenfranchisement has fallen upon the African American community, exactly as some Southern state legislators had intended a century earlier. The seed for criminal disenfranchisement is planted through state constitutions though the details are in voting provisions, which are often administered through local election boards.

In recent years, voters and state legislators have shown some appetite for rolling back lengthy and disproportionate disenfranchisement based on a criminal conviction. Governors have used their executive powers to reinstate voting rights. Legal commentary has also consolidated around the abolition of felon disenfranchisement in its entirety, or at least at limiting it to the time of incarceration.

Part II provides details on the voting provisions included in state constitutions, which emphasize restrictions on the right to vote, including those imposed through criminal convictions. Many states included such language as they entered the Union. Southern states added or expanded the list of offenses triggering criminal disenfranchisement after Reconstruction. In the last few decades, a few states have amended their state constitutions to cut back on loss of the franchise. Changes in California and Florida reflect popular support for re-enfranchisement, but with limitations that mirror both punitive notions and concerns about the makeup of the electorate.

Part III highlights the need for inclusive voting provisions in state constitutions to reflect a broad conception of citizenship rights and the expansion of the franchise over the last century. Even without constitutional restrictions on the franchise, implementing laws may set out some limited exclusions from the ballot box. This Part analyzes the legitimacy of potential constitutional restrictions. One set of popular exclusions from the ballot pertains to offenses that aim at destroying the state, such as treason, or the integrity of elections, which include intentional election offenses. If a state opts for such limited, crime-specific exclusions, those call for individual imposition as punishment at sentencing rather than automatic imposition by law or through an administrative agency. Punishment would allow the judge to fashion an exclusion at a length proportionate to the severity of the offense. Considering the small number of defendants convicted of crimes that fall into these categories, the number of such disenfranchised would be in the double digits rather than the tens of thousands.

In light of popular support for disenfranchisement during incarceration, some states may want to enshrine that blanket option in their constitutions. Yet, racial inequities in the U.S criminal justice system and especially in imprisonment raise serious concerns about the racially disparate impact of that exclusion. It may also hamper offenders' reintegration and their ability to develop a stake in the broader community. Denial of the right to vote, the most direct expression of participating in democracy, is proportionate only when the offender's actions presented a direct attack on democracy and the franchise itself rather than when the individual committed a regular offense, however heinous. Ultimately, the right to vote should not be tied to criminal justice decisions but instead to a meaningful and broad conception of citizenship.

State constitutions that promise broad-based political and civic access express a lasting re-conception of membership in the polity, one that would present a powerful message of inclusion for all. Variation in state laws, therefore, could supplement a fundamental and inclusive reframing of citizenship in state constitutions. Even if states continued to restrict access to the franchise based on a conviction in regular laws, the exclusionary message would resonate less strongly. After all, state laws can be altered easily once the political climate changes.

As a federal constitutional voting rights amendment is difficult to imagine in the current political climate, some states may be better targets for such a drive. National pay-off from state constitutional change is slow but change in a single state may change the discourse.

Even though quantitative research provides only limited indication of what factors have moved states to change their disenfranchisement provisions, the severity of the existing policy and a liberal citizen ideology matter. Virginia has both. Its constitutional provision that enshrines lifetime disenfranchisement places the restoration of civil rights entirely in the governor's hands. Faced with the choice between re-inscribing more limited felon disenfranchisement in the constitution or adopting inclusive voting rights, Virginia seemed poised to take the former path. Yet, a change in party has brought even limited constitutional change to a standstill and instead the broad exclusionary provision in the state constitution threatens to survive again. After Virginia became the first state in the South and one of the most prolific users of the death penalty to abolish capital punishment, the broad felon disenfranchisement provision in the state constitution seemed like a likely step in a broad set of criminal justice reforms. Yet, at least for now, Virginia has abandoned the path toward constitutional change. Reliable guarantees of political participation for those with a criminal record, let alone those under a criminal justice sanction, will remain far from becoming a reality, at least for now.

Nora Demleitner is President of St. John's College, Annapolis, and previously served as the Roy L. Steinheimer Jr. Professor of Law at Washington and Lee University in Virginia.