Bridges to a New Era: A Report on the Past, Present, and Potential Future of Tribal Co-management on Federal Public Lands

Excerpted From: Monte Mills and Martin Nie, Bridges to a New Era: A Report on the Past, Present, and Potential Future of Tribal Co-management on Federal Public Lands, 44 Public Land & Resources Law Review 49 (2021) (538 Footnotes) (Full Document) 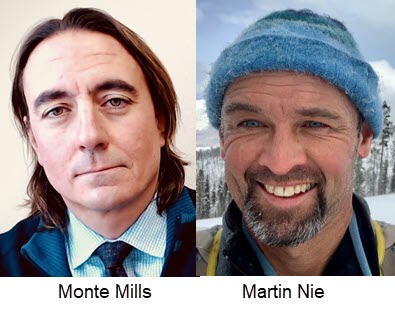 Fifty years ago, the United States took important but divergent steps to fundamentally reshape its relationship with Native Nations and its management of federal public lands.

On July 8, 1970, President Nixon delivered a Special Message to the Congress on Indian Affairs. The President's message marked the culmination of a years-long and major shift in federal Indian policy and the longstanding federal trust obligations toward tribes. For the first time, President Nixon's message formally and expressly rejected the United States' prior approach of forced termination of those obligations in favor of tribally-defined priorities, including the promotion of tribal sovereignty. As the President's Special Message noted, this about-face was justified by the “special relationship between Indians and the Federal government” and the “solemn obligations” and “specific commitments” made to the Indian people through treaties and other agreements. For their part, said the President's message, the “Indians have often surrendered claims to vast tracts of land,” which helps explain why these agreements continue “to carry immense moral and legal force.”

Just a month before President Nixon's message, the Public Land Law Review Commission issued its comprehensive report on the nation's public lands. The Commission was charged by Congress to review the then-extant laws applicable to the public lands estate and recommend revisions. The Commission's influential work laid the groundwork for much of the modern legal framework applicable to public lands and the federal agencies that manage them. Tellingly, however, neither the Commission's report nor any of its recommendations considered the rights, interests, and role of Indian tribes in the management of federal public lands or even included any reference to the federal government's trust obligations to those tribes as relevant to such management.

Although those reforms ushered in a new era of federal policy recognizing tribal sovereignty and a more comprehensive and effective scheme for the federal government's management of public lands, they were mostly distinct undertakings that remained rooted in and continued the historical exclusion of tribes and their interests from public lands. Thus, despite significant advances in tribal sovereignty and self-determination over the last fifty years, the nation's obligations to Indian tribes and its approach to managing the public domain remain largely separate endeavors. While various statutory, regulatory, and policy avenues now provide bases from which Indian tribes can seek to influence the federal agencies responsible for the management of public lands, none of those avenues allow--much less encourage--consistent, effective, and broad-based federal-tribal co-management partnerships.

A half-century after President Nixon's transformative statement and the Public Land Law Review Commission's influential report, the time has come to once again rethink public land law and meaningfully connect it to the federal government's treaty-based and long-standing trust responsibility to uphold and promote the sovereign and cultural interests of Native Nations.

The history, law, and policy of the United States' relationships with both Indian tribes and the public lands are intimately intertwined and historically co-dependent. But for the removal and exclusion of tribes from large swaths of their traditional territories, there would be no public lands. While the federal policies ushered in by the momentous events of 1970 largely treat these policy arenas as separate, the future of public lands management will be defined by the law's ability to justly recognize and reconcile the historical and legal context of indigenous dispossession through a new era of reform that thoughtfully and meaningfully restores tribal management to federal public lands.

This Report intends to support and catalyze that next era of federal policy.

In 1970, the last Public Land Law Review Commission drew a stark line between federal public lands and Indian law. The Commission viewed these bodies of law as “wholly separate,” and thus the Commission's report makes no reference to the historical underpinning of federal lands or to the tribal rights and interests that are tied to them. The federal public land and wildlife laws enacted before, during, and since the Commission's report similarly disregard the connections between many Native Nations and public lands. The cases and examples used in this Report demonstrate the ramifications of doing so and the lost potential of a more holistic and inclusive approach to public lands management. As other cases have shown, especially those resulting from the treaty-based collaborative management of fisheries in the Pacific Northwest and Great Lakes, a meaningful tribal role in resource management results in the benefit of generations of applied knowledge and, through the harmonizing of tribal self-determination and public lands management and conservation, the potential for reckoning with--and reconciliation of--the “dark side of our conservation history.”

From those successes, tribal efforts to expand the avenues through which those benefits can flow have only increased. As Professor Sarah Krakoff describes in relating the history of the Bears Ears National Monument, the coalition of tribes moving that effort forward “made public land laws bend toward equality and justice, and that legacy endures even if the current Bears Ears boundaries do not.” Therein remains, in Krakoff's words, the “enduring promise of public lands”:

For decades, public land laws, whether through policies of disposition or conservation, had similar effects on American Indian Tribes. Disposition policies, which distributed public domain lands to homesteaders, miners, railroads, and states, eroded the tribal land base and had devasting effects on tribal culture and self-governance. Conservation policies ... also displaced Tribes and severed their connections to cultural practices, with enduring negative impacts. But disposition policies privatized indigenous lands, and removed them permanently (barring tribal reacquisition) from tribal access. Public lands--whether National Parks, Wilderness, National Monuments, or otherwise--remained open for contests over their use. Public lands, by remaining public, left open the space for Tribes to renegotiate their rights to their aboriginal lands, and thereby to nudge conservation policies toward justice. As long as the federal government retains one third of the Nation's lands, there will be terrain (literally) for similar efforts.

Fifty years after President Nixon's Special Message to Congress on Indian Affairs and the Public Land Law Review Commission's influential report, the time has come for a broader movement in support of reckoning, reconciliation, and justice. Concurrent with the broader national dialogue on these issues, enhancing tribal co-management of federal public lands presents an opportunity to make real progress toward fulfilling those ideals. The next presidential administration can do so by expeditiously building on previous actions, such as Interior Secretary Jewell's Order No. 3342 and strategically linking existing authorities and strategies that would build bridges to a new era in tribal relations and public lands management. By enacting system-wide and/or place-based tribal co-management legislation, Congress can also affirm tribal sovereignty and effectuate the federal government's treaty and trust obligations through innovations in cooperative governance.

This report provides a framework for putting tribal co-management in its historical and legal context. All the divergent definitions, interpretations, and applications of tribal co-management have caused a fair deal of confusion about what it means in practice and the implications for public lands and conservation more generally. A more constructive approach is to focus on the core principles of co-management; those key attributes that can be configured into different types of governing arrangements fitting particular places and connections.

For those cautious or leery of the co-management approach, we recommend it be considered in the context of more familiar questions and themes of federal public lands and wildlife law. First is the issue of accountability. Our report makes clear that co-management is not by nature an open-ended, discretionary, and unenforceable framework that fails to hold governments-- federal, state, and tribal--accountable for their actions. Finding the right balance between the level of prescription and discretion is a core tension in public lands law writ large and proposals for tribal co-management will be debated in a similar fashion. Similarly, these debates will be bounded by the framework of public land law, from the more protection-oriented statutes governing the national parks and wildlife refuges to the more discretionary multiple use systems of the USFS and BLM. But this framework must no longer be divorced from and exclude tribes and tribal interests; instead, within this statutory space exists sufficient room to work more creatively and substantively with Native Nations and to incorporate the core principles of tribal co-management into the next chapter of public lands.

Situating tribal co-management in the context of federalism and intergovernmental relations also helps reframe the debate by placing it in more familiar terrain. We should first acknowledge the disadvantaged position of Indian tribes when contrasted to the often-privileged role provided to state governments in federal public lands and wildlife law. In some cases, private interests even have more influence and opportunities to operate on federal lands than do sovereign tribal nations with legal rights, interests, and cultural ties to those lands. To be sure, there is already a sharing of management on public lands, but the opportunities have not yet been extended to tribes like those offered to states and private interests.

Bridging into a new era of tribal relations does not entail surrendering the national interest in public lands and, instead, portends a future of increased engagement and enhanced protection for those resources. Prominent cases referenced in this report, such as the Badger-Two Medicine and Bears Ears, more deeply support those interests by reframing their history and reshaping a new, more collaborative way to better protect places that are valued by Indians and non-Indians alike. They are innovative and constructive efforts at harmonizing sometimes divergent values and interests and more effectively draw upon the long-standing tribal connections to, and knowledge of, those places. These and the many other efforts toward tribal co-management of federal public lands demonstrate the potential for tribes to engage with the federal government in new ways while enmeshing tribal values and connections into the law and management of public lands.

Ultimately, enhancing opportunities for tribal co-management of federal public lands is about justice, reconciliation, healing, and sharing. Thus, beyond the direct benefits to the public lands, tribal co-management also offers a path to a more equitable future in which those core values are promoted and sustained for all Americans. Rather than continue the long history of division between tribes and public lands, the time has come to build bridges to that path and to a new and brighter future.

Monte Mills is an Associate Professor and Director of the Margery Hunter Brown Indian Law Clinic at the Alexander Blewett III School of Law.

Martin Nie is a Professor of Natural Resources Policy and Director of the Bolle Center for People and Forests in the W.A. Franke College of Forestry and Conservation at the University of Monta