Birthright Justice: The Attack on Birthright citizenship and Immigrant Women of Color 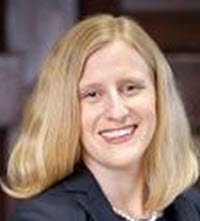 On February 7, 2006, Zhen Xing Jiang arrived at the federal immigration office in Philadelphia for what she thought would be a routine check-in. Instead, while her husband and two young sons waited for her in the lobby, Immigration and Customs Enforcement (“ICE”) officers forced Ms. Jiang “into a minivan, bruised her and bumped her abdomen against the backseat and drove her to Kennedy Airport” for immediate deportation. The ICE officers stopped to buy themselves lunch but gave her nothing to eat over the next eight hours. ICE officers knew that Ms. Jiang was thirteen weeks pregnant with twins.

After hours in a public waiting area at the airport, Ms. Jiang began to suffer severe abdominal cramps. She begged for help from the officers, but they ignored her and even taunted her, saying that she was “not going to get out of this” and “would have to have her babies in China.” Eventually, airport police convinced the ICE agents to take her to Jamaica Hospital Medical Center, where doctors determined that she had miscarried.

Ms. Jiang had lived in the United States since 1995, when she entered, without inspection, from China. She met and married Tian Xiao Zhang, another undocumented immigrant, and ran a restaurant with him in central Philadelphia. The couple had two young sons, both of whom were born in this country and are therefore U.S. citizens. In 2004, Ms. Jiang received a deportation order; the order was soon amended to allow her to remain in the country “under supervision,” a status requiring regular check-ins. After the authorities learned that she was pregnant, however, they forcibly took her to the airport for immediate deportation.

Immigrant rights activists and Ms. Jiang's family do not think the timing was a coincidence. During an interview, Mr. Zhang asked, “The government kidnapped my wife . . . . Why the immigration was in a rush [sic] to send a pregnant woman back to China?” The family's supporters believe “the authorities decided to deport her when they learned she was pregnant, to prevent her from giving birth to another United States citizen.” Ms. Jiang eventually won asylum, likely due to “increasing public and political pressure” from activists. Her experience with immigration officials, however, is not unique. Indeed, stories like Ms. Jiang's continue to enter the public consciousness through mainstream media reports of pregnant women targeted for removal.

People come here to have babies. They come here to drop a child, it's called drop and leave. To have a child in America, they cross the border, they go to the emergency room, they have a child, and that child's automatically an American citizen. That shouldn't be the case. That attracts people for all the wrong reasons.

Senator Graham's rhetoric perpetuates a common pernicious image, a myth that “capitalizes on the stereotype that immigrant women of color are overly fertile and conspire to give birth to ‘anchor babies.”’

According to this myth, these babies serve as an “anchor” for the “chain migration” of an entire family. However, the Immigration and Nationality Act (“INA”) makes this frequently-deployed story a practical impossibility. The INA specifies that a child born in the U.S. must wait until he or she is twenty-one years old to sponsor a parent for naturalization or lawful permanent residency. Even then, the parent is subject to strict admissibility requirements. Among other things, because most parents will not have left the U.S. voluntarily, many parents are found inadmissible simply for being present in the country without admission or for having been previously ordered removed. The fact that “anchor babies” are a weak foothold for their parents, however, has not deterred conservatives from attempting to eliminate birthright citizenship through either a constitutional amendment or a statute.

A recent report by the Pew Hispanic Center has helped fuel the anti-immigrant fire. Using U.S. Census data, it estimates that “340,000 of the 4.3 million babies born in the United States in 2008 were the offspring of unauthorized immigrants.” It also found that four million citizen children born to undocumented immigrants lived in the U.S. in 2009. However, the report's usefulness is limited, and it is even misleading. The Pew study does not differentiate between citizen children born to a family where only one parent is undocumented and citizen children born to a family where both parents are undocumented, but, as discussed in Part I.B below, most opponents of birthright citizenship advocate eliminating automatic citizenship for children only when both parents are undocumented. Nonetheless, opponents of birthright citizenship have jumped on these numbers, despite the fact that they overstate the number of people who might be affected by a ban on birthright citizenship. News groups' failure to point out the limitations of the data has further exacerbated the alarmist panic over immigration and national identity.

Given the current climate, this Article seeks to answer Mr. Zhang's question: why was ICE so determined to “send a pregnant woman back to China?” I argue that ICE's approach toward pregnant immigrant women has its foundation in general anti-immigrant sentiment, but that sentiment is particularly focused on women of color and, even more specifically, intertwined with their reproductive capacity. National identity is often expressed in terms of gender and sexuality--as well as race and ethnicity--because a unified national identity depends on being able to create, in the words of Benedict Anderson, “imagined communities” against which outsiders can be defined. Noncitizens are construed as the ultimate outsiders in American society, and immigrant women's ability to reproduce these outsiders is particularly threatening when the national body is made up of and defined by the human body. The attack on “anchor babies” and birthright citizenship is a direct attempt to prescribe immigrant women's reproductive decisions regarding pregnancy and childbirth in response to the anxieties involved in creating a particular American identity.

This Article demonstrates that the attack on birthright citizenship, a surrogate for an outright onslaught on women of color's reproductive justice, has led ICE to target pregnant women whose very bodies threaten the perceived national body. To do so, Part I explores the history of birthright citizenship and examines the current frontal assault on it by conservative scholars, politicians, pundits, and activists. Part II focuses on the assumptions and prejudices inherent in any attempt to limit citizenship to the children of U.S. citizens, which are compounded by general conservative and nativist fears of the reproductive capacity of women of color. Part III looks at the current treatment of pregnant women in immigration detention centers in the U.S. and women's access to reproductive health care there generally, and demonstrates that ICE is not meeting its obligations to provide adequate care to pregnant detainees. Part IV then connects the assault on birthright citizenship with the targeting of pregnant women for detention and removal, arguing that ICE policy focuses on the bodies of the women who produce these “anchor babies.” Ultimately, I argue that ICE has succumbed to the conservative goal of ending the right to birthright citizenship for the children of these immigrants. Even absent a specific ICE policy regarding the detention of pregnant women, pregnancy has become a red flag for the organization. ICE seems to be targeting pregnant women for detention and removal with the aim of preventing them from delivering babies in this country and the ultimate goal of eliminating the possibility of their children gaining U.S. citizenship. Although official policies under President Obama have encouraged ICE officers to focus on apprehending, detaining, and removing immigrants convicted of crimes, there is no indication that the change in administration has led to actual change in immigration enforcement practices.

This Article uses a reproductive justice lens to look at citizenship and reproductive coercion and control in the U.S. For the purposes of this Article, reproductive justice is defined as “the complete physical, mental, spiritual, political, social, and economic well-being of women and girls, based on the full achievement and protection of women's human rights.” More concretely, it can be understood as: “(1) the right to have a child; (2) the right not to have a child; and (3) the right to parent the children we have.” Reproductive justice, therefore, offers a critical lens through which to evaluate pregnant women's experiences and to examine pregnancy prevention, access to prenatal healthcare or abortion, bodily determination, and parental rights. The reproductive justice lens therefore is uniquely able to highlight ICE's exploitation of pregnant immigrants' bodies.

This Article argues that the attack on birthright citizenship, which is a proxy for a direct attack on the reproductive justice of women of color, influences ICE's actions in arresting, detaining, and removing undocumented immigrants. Anti-immigrant sentiment is increasingly focused on controlling women of color's reproductive capacity or, as anti-immigrant activists call it, countering the “invasion by birth canal.” The assault on birthright citizenship provides an ideal opportunity for conservatives to advance their opposition to several issues at once, including immigration and reproductive justice, especially as practiced by women of color. Pregnancy coupled with undocumented status has become a red flag, which is inexorably linked with the growing controversy over birthright citizenship. The nativism, racism, and sexism that underlie this country's immigration laws continue to encourage the targeting of pregnant non-citizens.

The bodies of pregnant immigrant women are attacked from all sides today, from conservative activists, commentators, and politicians to federal immigration policy's enforcement arm, ICE. Those who oppose birthright citizenship fear that pregnant immigrants of color will produce the next generation of citizens, creating the reproductive cycle Samuel Huntington warns against when he discusses a “de facto split” between white and Latino America. Given the stakes involved for both conservative groups and immigrants and their allies, the latter can no longer afford to rely solely on the Fourteenth Amendment and the birthright citizenship clause. If we are to protect birthright justice for the next generation of immigrant families, we must recognize and actively work to counter ICE's ability to target pregnant immigrant women for detention and removal, and, at the very least, ensure their access to health services while in custody. If we do not, the protection of birthright citizenship may become no more than illusory.