Documenting the Costs of Slavery, Segregation, and Contemporary Racism: Why Reparations Are in Order for African Americans 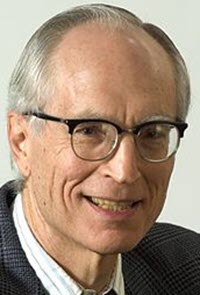 Without significant reparations for African Americans, the deepest racial divide in the United States will never be eliminated. As Randall Robinson has put it in The Debt: What America Owes to Blacks, “if ... African Americans will not be compensated for the massive wrongs and social injuries inflicted upon them by their government, during and after slavery, then there is no chance that America can solve its racial problems.” This is a strong statement, yet true.

In this Article, I examine why large-scale reparations should be made to African Americans and how that task might be accomplished. In a pioneering 1973 book, The Case for Black Reparations, Yale law professor Boris Bittker argued that the oppression faced by African Americans was more extensive than that faced by other racial groups and required major reparations in compensation. At the time, almost no one paid any attention to his analysis. Today, however, many analysts have finally resurrected the idea of reparations and have begun to take action on that idea. There are many voices concerned about the high costs of anti-black oppression that have continued over four centuries. It seems ever more likely that reparations in some form will be paid to African Americans over the next half-century.

African Americans have been the targets of racial discrimination for one of the longest sustained periods in the entire history of the human race. Only indigenous groups in various colonized areas have seen more, and more sustained, oppression over such a long period—nearly four centuries.

Given the long history of generalized racial oppression and economic theft from African Americans by white Americans, and the trillions of dollars in costs, the idea of reparations need not be seen as “radical,” but rather as necessarily flowing from an expanded—and morally collective—legal doctrine of redressing conditions of unjust impoverishment and enrichment. Of course, whites with power and wealth must be made to see this connection between just compensation and past and present damages—which is essential if a program of reparations is to become public policy. Once again, aggressive education of the white public about the truths of American racial history is very important. That is perhaps the first task to be undertaken in regard to a successful, long-term reparations strategy.

One important benefit of reparations is the psychological and symbolic impact. The provision of reparations would have significance beyond the tangible compensation, for it would constitute a symbolic recognition of centuries of systemic racism. At a 1993 Pan-African Conference on Reparations in Nigeria, Chinweizu argued that

Here we also see that the issue of reparations for African Americans, as well as for others enslaved in the African Diaspora, is now an international human rights question. Recently, some black leaders from the United States and other parts of the Americas have pressed the United Nations Working Group on Minorities to consider the impact of slavery on African Americans and other African-origin peoples of the Americas. One point they make is that the long term, unredressed disabilities stemming from slavery still constitute a violation of the International Covenant on Civil and Political Rights.

How will real change come? Clearly, getting white Americans to make reparations in the trillions of dollars for four hundred years of racial oppression will, to put it mildly, be very difficult. Perhaps the best that we can hope for is a good start in the form of community reparations through federal government programs. Moreover, if history is our guide, it is likely that the impetus for change will have to come from African Americans, yet one more time. As legal scholar, Rhonda Magee has put it, “The master's house may be dismantled ... by use of the master's tools. But it is folly to expect that the master himself will use his tools against his property in so self-destructive a way. The job of doing that, rests, as it has always in the past, with those forced to shoulder the increasingly unbearable weight of the well-appointed structure that the master built: those at the bottom.” While there are many whites who support such antiracism efforts, it will probably have to be African Americans who trigger, and press for, such changes.

What does the society as a whole have to gain from a large-scale program of reparations? Robert Browne has argued that reparations in the form of internal capital transfers would “involve no loss of resources to the economy, but rather a redistribution away from heretofore favored classes.” There might even be a boost to the economy from such transfers. In addition, there will likely be a society-wide energy gain as black Americans emerge from under the shroud of racism and gain much new energy for seeking broader group and societal goals. At the same time white Americans could put new energy into broader societal goals. Clearly, there is a major moral gain here for the United States, since for the first time in its history there will be a real national commitment to implementing the goals of liberty and justice for all. In the long run, such reparations may also save society from upheaval. Just societies are likely to work better and last longer than those with great social inequalities. Societies sustainable in the long run may well require ever-expanding social justice.