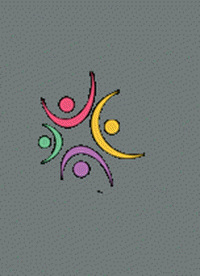 Shirley Chambers is a Chicago resident who has experienced the unimaginable: her four children, three sons and one daughter, were all shot and killed in Chicago's Lawndale neighborhood. After her first three children were murdered, Ms. Chambers recalled feeling “sadder” for her last remaining son more than she felt for herself. She reported, “I only have one child left, and I'm afraid that [the killing] won't stop until he's gone too.” Gun violence claimed Ms. Chamber's fourth and last remaining child in 2013. Surprisingly, Ms. Chamber's story is not unique considering many parents who reside in Chicago have lost multiple children to gun violence. Incidents of Chicago residents being shot and killed are rising. For instance, 4,368 people were shot in Chicago from January 1, 2016 to December 31, 2016, and following a small decline during 2017-2019, violent homicides have significantly increased in 2020. More alarming is the fact that the majority of gun violence is contained within defined geographical boundaries, and these boundaries most often correspond to minority communities riddled with poverty. Scholars, politicians, law enforcement, and society often attribute Chicago's gun violence to legitimate, albeit incorrect, factors such as lack of morals, poor education, and inherent criminal propensities that are symptoms of the actual problem. This paper, however, will discuss a subtler element known as environmental discrimination, the underlying and systematic cause of Chicago's current gun violence, which segregates Chicago's poor and minority residents within geographically defined areas that are significantly lacking in resources. Such systemic barriers isolate and deny these persons access to the abundant resources and opportunities hoarded within Caucasian middle-class and more affluent communities. For instance, businesses often do not invest within these poor communities due to redlining; schools are low performing and lack the necessary resources to empower children through education; and transportation and employment are non-existent or severely limited. Thus, persons within these geographically determined poverty pockets often engage in high-risk lifestyles that contribute to the alarming statistics associated with Chicago's gun violence. One of Ms. Chambers' sons had tombstone tattoos on his arm to commemorate his dead siblings; they eerily expressed the reality of many African Americans (and other minorities) contained within these congested and confined neighborhoods as a result of environmental discrimination. article discusses how addressing Chicago's past land-use restrictions that segregated African Americans from European Americans will likely solve its gun violence problem. This Note proposes how the federal action of incorporating the language of Executive Order 12898 into the National Environmental Protection Act (“NEPA”) can likely prevent future instances of environmental discrimination in Chicago. This Note also discusses how a Chicago Community Based Reparations Program can mitigate existing environmental harms associated with past instances of environmental discrimination.

Ms. Chambers' story is devastating. If her experience had occurred in one of Chicago's protected zip codes, sweeping preventative change would have followed. However, Ms. Chambers' tragedy occurred in the “hood” or “ghetto,” and as such did not spark any external outrage or change.

Chicago's environmental discrimination problem can be traced back to the Great Migration Periods where regulations were used to segregate African Americans from the majority population. The results of this era are still evident in present-day Chicago. For instance, African Americans who reside in Chicago's urban neighborhoods are impacted by high rates of environmental impacts, unemployment, poor performing public schools, and increased participation in high-risk lifestyles.

Joerika Stitt, a Public Interest Attorney, graduated from IIT Chicago-Kent College of Law in 2019. She is currently a Staff Attorney with an LSC Legal Aid Organization.