The Unfinished Mission of Title VII: Black Parity in the American Workforce 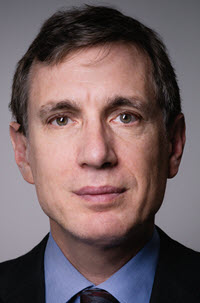 Today one thinks of Title VII of the Civil Rights Act of 1964 mainly as an anti-discrimination law, meant to rid the American workplace of racial and other types of prejudice. Yet, those standing at the dawn of Title VII saw it as transformative economic legislation as well. Congress entrusted federal courts and the private bar with the mission of integrating black Americans, suffering disproportionately high rates of poverty and unemployment, into the United States workforce. This project meant uprooting even facially neutral workplace policies that had the effect of causing discrimination against blacks.

Consistent with this mission, Congress set a low bar for liability under Title VII's section 703(a). That provision, which bans discrimination and segregation in employment, includes no intent requirement. While Congress did in fact seek to attack “intentional” discrimination, this designation of “intent” was only meant in the modest sense, proscribing actions that were not “inadvertent or accidental.” Such policies might even be based in pre-Act discrimination, as perpetuated by seniority and other practices. Rather than include it in the liability sections, Congress tucked “intent” into ancillary provisions for exemptions and remedies. Over half a century and many amendments later, this remains the case today.

The Supreme Court and lower courts, at first, did not demand proof of intent or motive to obtain relief under Title VII. The Court's first two major opinions in this sphere, Griggs v. Duke Power Co. and McDonnell Douglas Corp. v. Green, if anything held otherwise. As late as 1975, the Court held that “Title VII is not concerned with the employer's 'good intent or absence of discriminatory intent’ for 'Congress directed the thrust of the Act to the consequences of employment practices, not simply the motivation.”’

If intent and motive were not part of the original Title VII, then how did that requirement burrow its way into the Act? The answer may be traced to the Supreme Court's fateful 1977 opinion, International Brotherhood of Teamsters v. United States, a top candidate for the most consequential case in the development of Title VII law. There, for the first time, the Court declared two distinct theories of Title VII liability, “disparate treatment” and “disparate impact.” For disparate treatment, the main branch of Title VII, the Court announced that “[p]roof of discriminatory motive is critical.” For disparate impact only would “[p]roof of discriminatory motive ... not [be] required.” The Court also held that “an otherwise neutral, legitimate seniority system does not become unlawful under Title VII simply because it may perpetuate pre-Act discrimination,” overruling virtually unanimous lower-court authority on that issue. Teamsters thus sealed the fate of Title VII: the Court in a stroke reconceived the Act primarily as an intentional-tort law. Disparate impact dropped to a secondary role in Title VII law, and the primary goal of delivering economic justice to blacks was essentially forgotten.

This Article pulls back the curtain on this early history of Title VII in the courts, from 1965 to 1977--revealing a legal landscape unknown to, or forgotten by, present-day lawyers. Section I recounts the original black employment goal that propelled the passage of Title VII. Section II summarizes the first seven years (1965-71) of lower-court decisional law, before the Supreme Court involved itself in shaping Title VII. Because Congress denied the newly-created federal Equal Employment Opportunity Commission (“EEOC”) general enforcement authority, it left the business of Title VII interpretation wholly to the courts. Private litigants and the U.S. Attorney General used Title VII to knock down long-standing employment practices--and even newly minted ones--that blocked black job advancement. Section III discusses the first two significant Supreme Court decisions under Title VII, Griggs and McDonnell Douglas, to show that the Court originally imposed no intent requirement to state a claim under Title VII. Section IV returns us to the lower federal courts during 1972-76, applying the holdings of these landmark cases. Section V brings us to the 1976-77 Supreme Court decisions that confined Title VII primarily to intentional discrimination: Teamsters, the Equal Protection cases of Washington v. Davis and Village of Arlington Heights v. Metropolitan Housing Development Corp. The Article closes with a few remarks about the pressing need to return to Title VII's unfinished mission.

Various reasons could have motivated the Court to abandon the Title VII goal of black parity in the workplace. In the most charitable light, the justices in Teamsters performed needed surgery on a statute that was on a collision course with political reality: that many white workers, however accepting they might have been of non-discrimination during a rising economy, would resist relief in favor of blacks in a stagnant one. Indeed, one of the key shifts in 1970s and 80s employment law was the rise in challenges by whites to affirmative-action remedies, which became a stock part of the Supreme Court's labor and employment docket in the 1970s and 1980s. Perhaps some justices were unsympathetic to the mission of Title VII and used Teamsters to pare it down. Whatever the case, the lower courts quickly absorbed the new mantra that proof of intent was essential to prove a“disparate treatment” claim under Title VII, and backed off the rule that perpetuation of past discrimination violates Title VII.

The need to return to the authentic Title VII, one not specifically rooted in proving motive, is no less urgent today than it was in 1964. Where economic opportunity is concerned, the needle has barely moved for black Americans since the passage of the Act, and by some measures (such as in household net worth) has even swung backwards. Black unemployment rates persist at double that of whites, the very statistic invoked by supporters of Title VII as a crisis in need of a solution. Black household median earnings remain tens of thousands of dollars behind whites, showing to be a little more than half of what average white households earn. The gap in net worth between black and white families has actually grown, with median white households holding ten or more times the wealth of black households. The aspiration towards black parity in employment and economic security has never been attained.

One factor in this national failure is the broken promise of Title VII to improve employment opportunities for blacks. While litigants still have access to the disparate impact theory to attack neutral policies, this is truer in principle than reality: such cases are expert-driven and costly, and only a small number of firms in the country file them. By wrenching Title VII from its history and language and turning the ordinary Title VII case into a snipe hunt for intent, courts refashioned the Act as straight anti-discrimination legislation and defanged it.

What is called for is a long-term legal strategy to return to the authentic Title VII: the one we had before the Act became accreted with a non-statutory requirement of intent. No employer should maintain policies that cause discrimination by race, even if unintended, that are otherwise unsupported by business necessity. The essential economic facts are no less imperative today than in 1964, and most likely will look the same a half-century or more from now without major corrections both in our economy and United States law. While the current, stunted interpretation of Title VII has been with us now for over forty years, we know from American legal history that even ancient errors can be overcome. It was fifty-eight years between Plessy v. Ferguson and Brown v. Board of Education of Topeka. It took over eighty years for the Court to fully disavow the holding in the Civil Rights Cases that Congress lacked power under Section Two of the Thirteenth Amendment to enact public-accommodation laws. Some ninety years yawned between United States v. Harris that “state action” was an essential element for a civil-rights conspiracy under the postbellum Civil Rights Acts--and its disavowal in Griffin v. Breckenridge. Modern civil-rights advocates, lawyers and scholars both, must play the long game to revive the critical mission that Title VII and a bold generation of judges and lawyers launched over half a century ago.