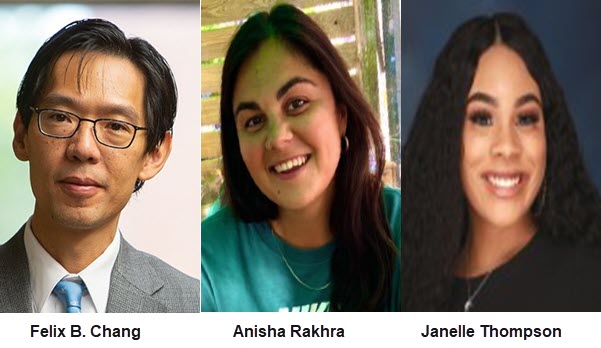 Boycotts, especially those in furtherance of racial justice, are becoming better organized and more visible. Since the killings of Michael Brown and Freddie Gray, boycotts have hit the National Football League, Goya Foods, and Georgia-based companies. These expressive boycotts implicate both antitrust and First Amendment questions because they are “political yet also economically self-interested.” However, most expressive boycotts have limited effects on competition--boycotting consumers typically present no serious alternatives to incumbent producers--so antitrust concerns should yield easily to speech protections.

These truisms are upended in markets where producers hail from one ethnic group while consumers hail from another. In such ethnically segmented and misaligned (“ESM”) markets, intragroup solidarity allows otherwise discrete producers or consumers to band together and fend off competition. Cultural and linguistic affinities facilitate coordination while enhancing market power.

This Essay examines expressive boycotts in one of the most distinctive ESM markets in the country: the $6 billion market for wigs and hair extensions for African Americans. Here, manufacturing, wholesale, and retail are controlled by Korean- and Korean American-owned firms, which rose to prominence during the 1960s when South Korea emerged as major exporter of wigs. Through the decades, these firms maintained their dominance by collusive and exclusionary schemes. For example, they formed trade groups that restricted the import and distribution of South Korean wigs. Their wholesalers refused to sell products to African American-owned retailers, while their retailers refused to carry products created by African Americans.

The wigs and extensions market creates a peculiar strain of interracial inequality, an inequality separating two racialized peoples of color: African Americans and Asian Americans (or, more precisely, Koreans and Korean Americans). To be sure, racial cartels recur throughout U.S. history. White labor unions have stonewalled the employment of Black and Chinese workers, and White homeowners' associations have adopted racially restrictive covenants. Similarly, and perhaps more innocuously, ethnic entrepreneurs and merchant groups have utilized private systems of contract enforcement, dispute resolution, and wholesale and distribution to exert control over parts of various industries around the world. Yet even against these backdrops, the wigs and extensions market stands out. Here, one ethnic group dominates the production and sale of goods utilized almost entirely by another race. Given the absence of recourse against hair discrimination, wigs and extensions are often an indispensable good. Demand is therefore inelastic, conferring market power to producers.

Understandably, this dominance by Korean American-owned firms stokes consumer ire. Korean American-owned wig stores were destroyed during protests in Ferguson, Missouri, in 2014 after prosecutors failed to charge Michael Brown's killer, and in Baltimore in 2015 after the funeral of Freddie Gray. For African-American consumers, who often charge that Korean Americans have monopolized the ethnic beauty products market, boycotts are a common tactic. African Americans have organized boycotts of Korean-American businesses for decades, including most prominently after a Korean-American convenience store owner killed Latasha Harlins in Los Angeles in 1991.

Today, however, boycotts in the wigs and extensions market pose unique antitrust challenges for doctrinal and economic reasons. African-American insurgents are now gaining market share by relying on nontraditional sources and distribution channels. Mayvenn, a Black-owned retailer that started in 2012 and has funding from venture capital powerhouse Andreessen Horowitz, sources hair from Asia and sells either directly to consumers or through salons. Indique, co-founded in 2007 by African-American and Indian-American partners, sources from India and sells products through its proprietary salons. These upstarts are providing consumers with viable coracial alternatives for the first time in decades. Unlike the boycotts against the NFL or Georgia-based businesses such as Delta, Coca-Cola and Home Depot, African Americans can pivot to Black-owned alternatives that compete directly with the incumbents. Intraracial solidarity can steer consumer preferences toward Black-owned firms. Couched in doctrinal terms, economic self-interest predominates, elevating the antitrust considerations. Arguably, for boycotts premised on “buying Black,” expressive and economic functions are indistinguishable.

Expressive boycotts by consumers in ESM markets challenge doctrinal convention in several ways. While antitrust treatment of group boycotts has evolved from per se illegality to rule of reason, current precedent on expressive boycotts reflects more of a schism than a spectrum regarding the degree of First Amendment protection from antitrust scrutiny. Antitrust deference seems to turn on whether the classification of the speech at hand is either “purely economically motivated or purely political.” In the wigs and extensions market, however, economic self-interest motivates boycotts at least as much as political or social expression. Further, intraracial solidarity renders market power among African-American buyers more likely. While lack of market power is no defense to conspiracy, courts have requested clarity on market power in expressive boycott cases. A determination of market power, then, invites sociological debates on the durability of intraracial bonds.

This Essay examines a set of theoretical questions in the wigs and extensions market, with a view toward reconciling the doctrinal split and extrapolating broader lessons for racial boycotts. The theoretical inquiries will focus on the market power of African-American consumers, compared against the market power of Korean American-owned retailers. Part I of the Essay introduces the wigs and extensions market as the setting for racial boycotts. Part II briefly surveys the doctrinal landscape on expressive boycotts. Part III dives into the unique theoretical challenges posed by boycotts in this market.

The market for wigs and hair extensions upends several conventions in antitrust doctrine while provoking theoretical quandaries. A hypothetical boycott in this ESM market would force the antitrust case law on expressive boycotts, currently splintered into two lines, to settle how to dispose of boycotts motivated by social and economic goals. Meanwhile, such a boycott would push the boundaries of market power and cartel theory, if power can be attributed to millions of African-American consumers.

A finding of buyer power in this market rests on intraracial solidarity, but racial formation is a dynamic process. Solidarity among consumers cannot be presumed--nor can demand inelasticity for wigs and extensions. These complications undercut buyer power, but they also suggest that consumers and producers are not locked forever in antagonism reinforced by intraracial and intraethnic cohesion.

Given the ambivalence from the theoretical explorations of the wigs and extensions market, it is perhaps premature to push the doctrine on expressive boycotts in any direction. Ultimately, though, antitrust reduces relationships to competition; in this view, either consumers or producers must prevail. Theory and doctrine on racially collusive boycotts might remain unsettled for now, but research must continue to strive for a resolution. This market is changing too quickly for the law not to keep up.

Professor of Law and Co-Director, Corporate Law Center, University of Cincinnati College of Law; Fellow, Thurman Arnold Project, Yale School of Management. E-mail: This email address is being protected from spambots. You need JavaScript enabled to view it..