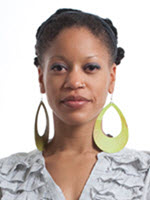 In conservative political scientist Charles Murray's recent book, Coming Apart: The State of White America 1960-2010, he argues that there has been an increasing divide in "white America" between the haves and the have-nots. This divide, he argues, threatens the country. However, the situation is not hopeless, he contends. Murray--the W. H. Brady Scholar at the American Enterprise Institute, a libertarian think tank identified class-based affirmative action as part of the solution to the nation's class divide crisis. He argues that we should "replace ethnic affirmative action with socioeconomic affirmative action. This is a no-brainer." What is interesting is that Murray first began to garner national attention after he published Losing Ground: American Social Policy 1950-1980, a book that argued the nation would be better off if it dismantled the welfare state in its entirety. Murray claimed that transfers--in which resources are taken from the haves and given to the have-nots--were plentiful in our society. He lists "welfare programs," "jobs programs," "federal efforts to foster better health and housing among the disadvantaged," and "Affirmative Action" as all involving some type of transfer. However, he argues that there are many reasons for "regarding transfers with suspicion. Any compulsory transfer from one person to another person unavoidably puts a terrific burden on the rule-maker to be right' in decisions that call for very subjective, difficult judgments about who has a greater need of what, and about long-term versus short term outcomes." He ultimately concludes that, given the difficulty of making the "right" decision about transfers, and given that the transfers made by the welfare state often incentivize bad behavior, we ought not to make these transfers to reduce poverty or its effects. And, thus, we witness a contradiction: Murray has famously argued against transferring resources from the haves to the have-nots to help those mired in poverty. Nevertheless, he supports class-based affirmation action, a program that involves transferring resources--in this case, a seat in an incoming class--from the haves to the have-nots in an effort to help those mired in poverty.

This Article proposes that class-based affirmative action enjoys widespread support from people across the political spectrum because it is imagined to benefit the "deserving poor." Unlike the "undeserving poor," the "deserving poor" are those who cannot be blamed for their poverty; their impoverishment is not due to individual behavioral or character flaws, but rather to structural or macro forces well outside of an individual's control. Class-based affirmative action enjoys bipartisan political popularity because it is imagined to benefit these respectable poor people--folks who are deserving of a "leg up" in the admissions competition and deserving of programs designed to assist them, even if those programs involve a direct transfer of wealth from the wealthy to the poor.

This Article proceeds in three Parts. Part I begins by revealing the contradiction. It documents conservative support of class-based affirmative action, and it establishes that class-based affirmative action has been described as an antipoverty program that endeavors to provide indigent individuals the tools with which they can lift themselves out of poverty. However, class-based affirmative action endeavors to aid the indigent through means that conservatism generally regards with a hefty degree of skepticism: the direct transfer of wealth from those who have it to those who do not. Thus, conservative support for affirmative action appears to be a bit of a contradiction. Part II continues by reconciling the contradiction. It looks to the social safety net and observes that the programs that comprise this net enjoy varying levels of support. Importantly, conservatives do not oppose all programs involving direct transfers of wealth. Instead, they oppose only some programs that involve direct transfers. Moreover, these unpopular programs--of which AFDC, TANF, and general assistance are paradigmatic--are universally deplored, by political conservatives and liberals alike. This Part goes on to observe that the deserving/undeserving poor dichotomy explains this phenomenon. That is, programs that are imagined to benefit the deserving poor enjoy political support, and programs that are imagined to benefit the undeserving poor do not. This is true without regard to whether the program involves a direct transfer of wealth. This Part argues that, inasmuch as class-based affirmative action enjoys support from people across the political spectrum, this is due to it being understood as a program that benefits the deserving poor.

Part III engages in a critique of this aspect of class-based affirmative action. It shows that deservingness has always been racialized. That is, the deserving poor have always existed within the cultural imaginary as indigent white people, and the undeserving poor have always existed within the cultural imaginary as indigent people of color. This Part observes that the line that divides the deserving from the undeserving poor has shifted throughout history to keep people of color on the undeserving side of the binary, and it explores the case of AFDC, TANF, and unemployed single mothers as an example of the shifting nature of deservingness. This Part argues that if class-based affirmative action functions to assist people of color in disproportionate numbers, it, like AFDC and TANF before it, will be reimagined to be a program that assists the undeserving poor, and its political tenability will suffer as a result. A brief conclusion follows.

Two caveats before beginning: First, the term "conservative" refers to a group with heterogeneous elements, and scholars have schematized this heterogeneity in many different ways. Although the term may unfairly homogenize a heterogeneous group, this Article nevertheless uses the term to refer to persons who identify themselves as politically conservative or who are registered as Republicans or both.

Second, it may be important to be clear about the motivations for the ensuing critique: proponents of class-based affirmative action have suggested it is a common ground where those who are on opposing sides of the debate about race-based affirmative action can meet. For example, Richard Kahlenberg, who has been one of the loudest and most prolific champions of class-based affirmative action, has argued it is superior to race-based affirmative action because class-conscious programs are more politically palatable than race-conscious programs. He suggests that, from the perspective of political expediency, there is something unproductive about focusing on racism and race inequality. He argues that shifting the focus from racial injustice to class injustice will allow those interested in racial justice to right wrongs in a way that maintaining a focus on racial injustice will not. However, this Article is prompted by the conviction that the impact of race does not decrease by simply trying to push it from our consciousness. That is, racial discourses affect our law, our politics, and our society even when we do not explicitly invoke them. Race is always there. Indeed, it seems overly optimistic to imagine that race--which, less than fifty years ago, formally determined who was and was not a member of the body politic--can become irrelevant today simply by an act of will. It seems misguided, even, to believe the mere desire to take no notice of race can rob the stories we tell about race of their historical potency. This Article critiques class-based affirmative action because of the certainty that, even though these programs of class-consciousness purport to ignore race, racial discourses will undoubtedly impact how they are received. They will inevitably shape how society understands class-based affirmative action.

Further, the ensuing critique is motivated by the sense that projects of racial obfuscation, of which class-based affirmative action is a species, are ultimately harmful. Race remains significant and determines individuals' life chances and life experiences even when we try to pay no attention to it. As such, if we are interested in producing something that we can call racial justice, the superior approach is to talk explicitly, honestly, and frequently about race. Class-based affirmative action placates us and wrongly assures us that we do not need to directly confront the horrors of our racial past and the tragedies of our racial present.

Contribute to Race, Racism and the Law and get great rewards.
http://patreon.com/profvrandall/